With the new Wonder Woman film wrapping up production and the release date about a year out, it’s no surprise that we’re starting to see merchandise gracing the shelves.  However, it is a little unexpected that the first collection to arrive is a makeup collection. This suggests that this version of Wonder Woman will be geared more towards women, and hopefully it will focus more on the strong, empowering aspects of Diana, and less on her wardrobe (or often lack thereof). Truly, the Wonder Woman we have seen in the new DC Comic line of movies shows Diana for who she is; a powerful, yet compassionate warrior and woman.

The collection is exclusive and the result of a partnership of Warner Bros., DC Entertainment and Walgreens. Some of the cosmetics themselves are produced by Markwins Beauty, an international company that owns beauty lines such as Wet N Wild, Physician’s Formula, Lipsmackers, Black Radiance, and Bonne Bell. Other brands that had a hand in the collection are SOHO Beauty, ORLY, and Scunci.

There are several items that I will be personally seeking out for my own collection, but I don’t think this is a beauty collection that needs to be acquired in its entirety. While all of the branded packaging is eye catching and unique, different items in this collection will appeal to different kinds of collectors.

The nail polishes are made by ORLY, which is exciting because ORLY makes really good polish. Their polishes prove to be opaque with only a coat or two, and tend to wear well.  The collection consists of single polishes in red, white and blue; as well as four duos. Two of the polishes are considered more unique due to their glitter content; the red polish offered individually, and the blue polish with glitter available as a duo with the red creme.

The bags were produced by popular beauty accessory brand SOHO Beauty. They are well known for their cosmetic bags, acrylic organizers, and makeup brushes. The quality ranges from product to product, but generally speaking the quality is there for a low price tag. The bags in this collection range in size, with the two smaller bags being the familiar SOHO Round Top style and the Clutch style (though they added a cape). The larger bag is their Weekender style bag, which includes more than enough space for a weekend of cosmetics, and is being used as a regular handbag by many fans.

The hair accessories were created by Scunci for this collection, a brand best known for it’s “No Damage” promise on their products. As you see above, there is a large variety of accessories to choose from, with everything from wide headbands, scrunchies, ribbon style hair ties, and also standard hair bands. They are all adorned with instantly recognizable patterns and colors that make you think of Wonder Woman and have a pop art feel.

The brushes are also created by SOHO Beauty. They come with their own little storage bag, but most of the reviews say it makes a great change purse, as well. The brushes have a neon red synthetic bristle, making them good for liquids or powders, and are described as being very soft. The ferrules are gold and have the Wonder Woman emblem.  The handles share a pattern with Wonder Woman’s bottoms, blue with white stars. The 5 Piece Face Set has a powder brush, an eyes hadow brush, a lip brush, and a lash and brow comb, with the storage bag counting as the last piece.

This collection actually has a little bit of everything. There is a Beauty Book, a palette style made popular by e.l.f. in recent years. It features nine eyeshadows, a blusher, and in branded packaging, a liquid liner, eyeshadow primer and red lipstick. There is a double ended foam tip applicator, and two photo-tutorials sharing “Daytime Hero” and “Nighttime Hero” looks.

Also in the collection, there is the Paradise Eye-land Eyeshadow Set, which features eight shades of eyeshadow, a lid with a large mirror, and again, a double ended foam tip applicator. They also released a Warrior Woman Lip Goss Set (featuring a red/fuschia color, a bubblegum pink, and a softer cotton candy pink). There is An Eye for Justice Liquid Eyeliner Set, which is a trio of liquid eyeliners in blue, black, and glittery gold. The Amazonian Bronze Bronzer and Highlighter Set features a compact duo of a matte highlighter and matte bronzer (similar to Wet N Wild’s new contouring duos), and a short handled blush brush. Both items feature Wonder Woman branding in the form of very noticeable golden Ws.

The last two items in the makeup line have been well received.  One is a lipstick bullet in Diana’s signature red lip (simply titled “Red”).  It is branded with the image of Diana herself, sporting her Golden Lasso of Truth.  The second item is well received due not only to the gorgeous packaging, but also due to the maker; Lip Smackers is an iconic 90s brand of lip products, and probably also a little nostalgic for the women seeking this collection. It is a Lip Balm Tin in the flavor EmpowerMint, which is described as strawberry mint.

Which pieces will you be adding to your Wonder Woman collection? 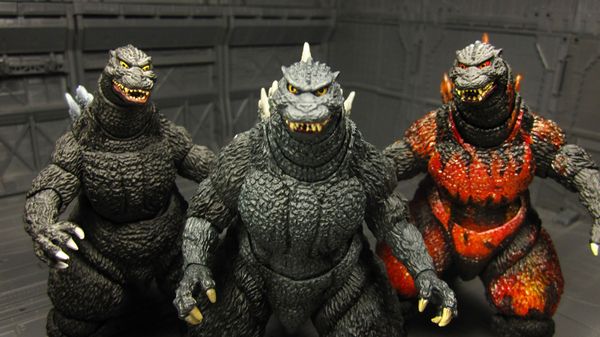 Long ago dubbed "The King of All Monsters", Godzilla [https://en.wikipedia.org/wiki/Godzilla] has been a mainstay of pop culture for decades. First introduced to America in 1956, 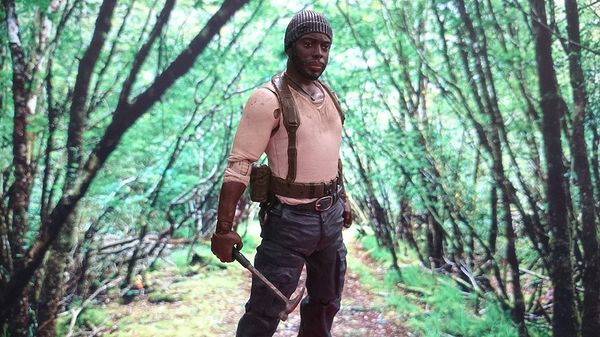 McFarlane Toys offers The Walking Dead action figures including some of