After years of producing a variety of great Ghostbusters products, Diamond Select Toys are tackling 7" scale Ghostbusters Select action figures that look back on this much loved franchise!

The first two series of Ghostbusters Movie Select Action Figures have been unveiled and are due to arrive in the Spring of 2016. Series one will feature Ray Stanz, Winston Zeddemore, and Louis Tully. The second series adds Dr. Peter Venkman, Dr. Egon Spengler, and Dana Barrett as Zuul! Promising highly detailed sculpts, exacting likenesses, and character-specific accessories, these first few figures are certain to be a hit with fans. These are also the first of five planned series, with a total of fifteen figures!

Today we learned that these figures will also include pieces of a rooftop diorama you can build when purchased at comic shops and specialty stores (not at Toys "R" Us). In the photos that follow, we see some in-progress shots of the diorama. Note that the colors here are not final and you will need to collect all fifteen figures from the five series of Ghostbusters Select action figures to build the full rooftop!

Who you gonna call? Your local comic book store, of course, to get on those pre-orders! You can also find the Ghostbusters Select line for sale on eBay. 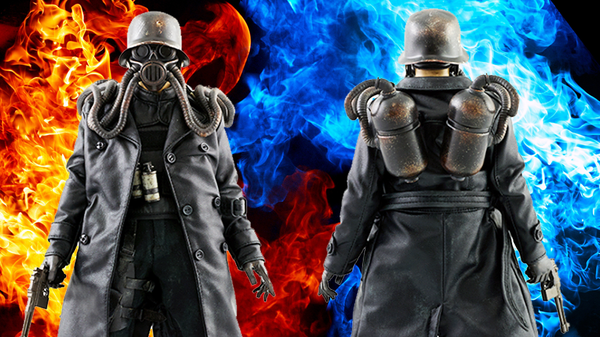 Founded in 2008 by Kim Fung Wong and Ashley Wood, 3A is a toy, publishing, and entertainment company known for its incredible detail when it comes to scaled figures. From