DuckTales has returned to us in our darkest hour. Scrooge McDuck slumbered beneath a mountain of gold and awoke just when we needed him most. On August 12 the one hour pilot of the DuckTales revival aired and on September 23 the first season will start in earnest. It’s shaping up to be a worthy updating of the beloved cartoon. Interestingly, part of the updating entails making a few changes that bring it more in line with the classic comics that inspired the original show. For instance, that original show focused almost exclusively on Uncle Scrooge and the nephews with Donald Duck away in the Navy. The new show has Donald as a regular cast member living in a house boat floating in Uncle Scrooge's pool.

The lineage of DuckTales can be traced back to 1942's Four Color #9 and its 64-page story Donald Duck Finds Pirate Gold. It's not the first original Donald Duck comic. That would be an Italian work called Paolino Paperino e il mistero di Marte, a bizarre, near-surreal sci-fi story from 1937 that would later be translated as The Secret of Mars and published in Donald Duck #286 57 in 1994. Four Color #9 laid the groundwork for the kind of stories that would be Donald’s trademark in comics and serve as the basis for DuckTales. It’s our first glimpse of Donald and his nephews as globe-trotting treasure hunters engaged in rollicking, pulpy adventures. The issue’s importance is well recognized by collectors and can fetch thousands of dollars nowadays. Though a Gladstone Publishing reprint can be found for much cheaper.

Pirate Gold is also the first comic drawn by The Good Duck Artist. For quite some time the Disney comics were published without crediting the creative team. Discerning fans were eventually able to recognize when specific artists were working on the book. The Good Duck Artist was known for his meticulous eye for detail, deft use of irony, and strong storytelling sensibility. Eventually, The Good Dark Artist would get the credit he so sorely deserved and he would be known to the world as Carl Barks. Barks’ importance cannot be overstated and DuckTales couldn’t possibly exist without him. He's responsible for refining the pattern laid down by Pirate Gold and expanding Donald’s supporting cast, including a number of the characters seen in DuckTales. Barks introduced most of what would be the show’s rogues galleries including The Beagle Boys in Terror of the Beagle Boys (Walt Disney’s Comics and Stories #134), Flintheart Glomgold in The Second-Richest Duck (Uncle Scrooge #15) and Magica De Spell in The Midas Touch (Uncle Scrooge #36).   Lost in the Andes! (Four Color Comics #223) is probably the best example of kinds of stories that would go on to inspire DuckTales. It’s the quintessential Donald Duck story and is widely regarded as Barks’ finest work. It sends Donald and his nephews off to South America in search of a chicken that lays square eggs. Lost in the Andes! is so beloved that it spawned two direct sequels and was the focus of the first volume of The Complete Carl Barks Disney Library, high-quality reprint collections published by Fantagraphics. These hardcovers are by far the best way to read the classic Barks Duck stories especially since Four Color Comics #223 alone sells for upwards of $300 on the direct market.

In 1947 in the pages Four Color Comics #178 Barks told a story called Christmas on Bear Mountain and introduced his most endearing creation, Uncle Scrooge. In his first appearance, Scrooge was a bit of an antagonist and a riff on the, now archaic, stereotype of the miserly Scotsman but Barks quickly fleshed him out into something bigger. Scrooge became Barks as Oliver “Daddy” Warbucks was to Harold Gray, a vision of an idealized capitalist. Warbucks was a distant, vaguely threatening figure, an aggressive Old Testament god, a marble war deity whose gleaming pate was banished to limbo by the socialist policies Roosevelt’s New Deal. Scrooge was something softer, perhaps more naïve. Warbucks’ fortune turned him into a detached fatherly totem of power and righteous destruction. For Scrooge, the promise of riches is an incentive to do daring deeds and his accumulated wealth is a safety net that lets him be even more daring. He's clever and honorable and driven by the pure spirit of competition. In his own words, he’s "tougher than the toughies and smarter than the smarties" and he made his fortune square. He’s the purest flesh and feather expression of the American Dream, so pure as to be impossible. We have Daddy Warbucks aplenty but I doubt even a single McDuck quacks amongst us.

Scrooge was incredibly popular and became something of a spotlight hog. He almost completely overshadowed Barks’ other creations, like Donald’s lucky cousin Gladstone Gander, and even Donald himself. This would reach its zenith in the original DuckTales cartoon where Donald is almost completely written out and Scrooge is undeniably the star of the show. In 1952 Scrooge was given his own comic, appropriately titled Uncle Scrooge. Uncle Scrooge became the venue for most of Barks' longer and more ambitious works from that point forward. It makes a certain amount of sense. Donald was created as a comedy character and part of the appeal of the adventure stories came from the fact that he was always on some level out of his element. Scrooge, on the other hand, was born in these sort of tales and they will always be his home. In the 90s Uncle Scrooge hosted what might be the greatest Duck comic ever published, the 12 part epic The Life and Times of Scrooge McDuck. Life and Times were written and drawn by Don Rosa, one of the clearest successors to the Good Duck Artist mantle. It's a loving tribute to Barks that sees Rosa mine years of stories for every reference Scrooge had made to his past. Rosa then forges those references into one tale, a definitive biography of the Richest Duck in the World. Life and Times have been collected twice, once by Gemstone Publishing and once by BOOM Studios, sadly neither version is currently in print. However, Fantagraphics has started a Don Rosa Library giving Rosa’s stories the same loving treatment as Barks.

As far as new periodical content goes IDW Publishing is the current source of Disney comic’s output. In 2015 they revived both the Donald Duck and Uncle Scrooge solo titles along with Mickey Mouse and Walt Disney's Comics and Stories. The content of these comics has consisted largely of translations of European, mostly Italian, translations. European comics are more genre diverse than their superhero-dominated American counterparts, having escaped the mass die-off ushered in by the Comics authority Code, and as such Disney comics enjoyed a place of popularity there for longer than they did in America. There are mountains of content that still hasn’t been published in the US. Of particular note amongst the IDW offerings are the first twelve issues of Walt Disney’s Comics and Stories. These comprise a single story, The Search for the Zodiac Stone. It’s a Donald and Mickey team-up and is to my knowledge the single longest story in the Disney Duck and Mouse Comic Universe. It's got pretty much everything you want: ghosts, giant bugs, magic and an appearance by The Duck Avenger. Who's the Duck Avenger? Well, he's probably the most interesting thing about the IDW era of Disney comics. Duck Avenger is the currently accepted English translation of Paperinik.

Paperinik is a long-standing Donald Duck alter-ego that has up until recently existed exclusively in Italian comics. It started in the 60s as a parody of Diabolik, a classic Italian comic's character. The original Paperinik hewed closer to the Diabolik stories they were parodying and were mostly revenge motivated heists. Over time the character evolved into a superhero. In the 90s the character was the focus of a fairly long-running comic called Paperinik New Adventures or PKNA. It was an attempt to craft an ongoing superhero title in the mold of classic Marvel comics. It developed a rich continuity and internal mythology as it portrayed Donald's protracted struggle against a vast alien empire. It's strange little cultural artifact but it’s finally seeing a release in the US. IDW has published six issues of a translation under the name Duck Avenger. It appears to be hiatus right now but hopefully, we'll see the rest of the series sometime soon. In addition to translations, IDW is publishing some original content in the form of a tie-in comic for the new DuckTales series. 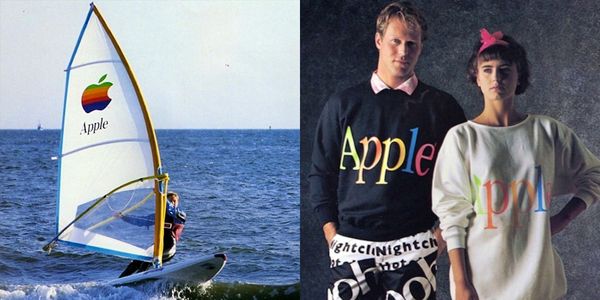 Apple is widely considered one of the world's most innovative companies, but not all of their products have been a success. The Apple Collection is one 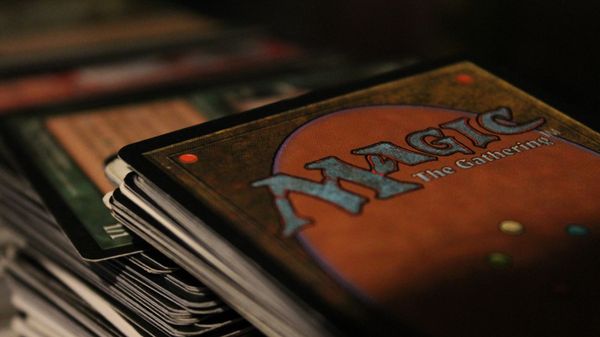 In Magic: The Gathering, the "Power Nine" are nine near legendary cards which are incredibly rare, utterly valuable and hold the distinction of being printed very early in the game's