What happens when a fictitious game within a much-loved Japanese manga spawns a real world card game that becomes almost as culturally important as the manga that started it? This is the story of Yu-Gi-Oh! and the trading card game that grew out of it, eventually going on to sell over 22 billion cards (and counting).

Yu-Gi-Oh! began life as a Japanese manga series written and illustrated by Kazuki Takahashi. Here we follow the trials of Yugi Mutou, a young boy who unlocks an alter-ego version of himself after solving an ancient puzzle. The manga itself is very gaming focused and the in-story fictional game of Duel Monsters becomes a narrative element driving the broader tale.

What began in the pages of Shueisha's Weekly Shōnen Jump magazine (between September 1996 and March 2004) grew into two anime adaptations (one by Toei Animation and one by NAS). From there it evolved into a broader franchise rolling in spin-off manga, further related animated series, video games and, of course, a trading card game which is the focus of what we’re discussing in this story.

In the manga, Duel Masters causes players to use cards to duel each other in mock battles utilizing fantasy monsters. It is this story element that spawned the real world collectible (also know as trading) card game that quickly took the world by storm.

In a follow-up article, I'll return to discuss a breakdown of how Yu-Gi-Oh! has fared in comparison to other collectible card games like Pokémon, Magic: the Gathering, Naruto, VS System and, of course, Duel Masters. For this article though, we've published this list of the most expensive Yu-Gi-Oh! cards of all time.

Please note, in doing research for this article, I arrived at final price information by aggregating and averaging a mix of valuation resources to give you the best price detail available at this time. Let us begin!

We're starting out this list of most expensive Yu-Gi-Oh! cards with the promotional version of the "Doomcaliber Knight" card from the 2008 Shonen Jump Championship. This is an ultra rare card that is still somewhat obtainable considering the price of other cards in this list. It was awarded to those coming in 1st, 2nd or 3rd (or those who were side event winners) during the competition. Be warned that you do need to know what you are looking for as this card has been republished several times. The coveted and most expensive variation has "Limited Edition" and the code SJCS-EN006 printed on it.

What's it worth? According to eBay sold listings, a graded example of "Doomcaliber Knight" sold for $6,999 on October 30, 2020 making it one of the most expensive Yu-Gi-Oh! cards to own.

This card has been published in many languages, but you are looking for the Chinese Dark Magician if you want to nab a cornerstone for your collection. What sets this one above the rest? The fact that only 100 copies of the card were produced back in 1999. The card came out in conjunction with the Weekly Shonen Jump Magazine in celebration of this well known character and has been a sought after collectible ever since.

The Dark Magician isn't the only card to steal the spotlight for its international edition. Here the first Japanese promo version of the card can net you a solid price on the secondary market at around $1,100 USD. This promo card was given to tournament winners and participants in 1999.

Yes, you can buy this card pretty easily online for around $2 but if you are looking to establish that yours is actually valuable you will be opening and climbing into an internet rabbit hole of information. That said, if you get lucky it might be worth it. First runs of this card command a price up to $7000 on the extreme end of the scale, but our $1,200 valuation is closer to the mark for what you would most likely receive. The problem here is confirming you have a first run card. If you want to lose an hour or two, begin exploring the ways in which you might be able to nail down your card’s worth. It’s one of the hotter discussion points on the message boards and I don’t think there is a final agreement on the answer. The ultra rare version here was awarded for the Shonen Jump Championships of 2006. Good luck and good hunting!

Only 20 copies of this card were produced during the period of 2005 to 2006. They were presented to the winners of two Yu-Gi-Oh! Championships. The first being the Pharaoh's Tour Championship in December 2005 and the second being the Shonen Jump Championship. An additional two copies were subsequently released for the 50th Shonen Jump championship event in Costa Mesa. To find the correct version of this card, look for the SJC-EN002 code, which notes its exclusivity.

What's it worth? Based on our research, this is one of the most expensive Yu-Go-Oh! cards at $1,372.

Here, once again, only 20 copies of this card are known to exist and it also has ties to the 2005 Pharaoh Tour (which took place in five countries). The winner of each tournament was given this promo card. It contains the G6-01 code, which sets it apart from others.

What's it worth? Extremely sought after by collectors, it's one of the most expensive Yu-GiOh! cards that has held strong in its value over the years selling for as much as $1,500.

This one is interesting as it’s only a super rare card yet it still nabs this high price on the secondary market. Here, it’s more the playability of a Lightsworn and the release of support cards that have brought this one back to the forefront of play and collectability. It served as a prize card at the Yu-Gi-Oh! Championship Series in 2015.

Awarded to Shonen Jump Championship winners as a promo card, this one bears the code SJCS-EN004 but it holds a special place in collector’s hearts because it was actually featured in the Yu-Gi-Oh! anime series. Seto Kaiba, one of the main characters within the series has referenced the card as an essential part of his power deck and has played it.

What's it worth? The card's value, which currently sits around $2,400, has only increased through its exposure.

Don't be fooled by the common variants here. The rare promo version of Cyber Stein is your goal. Like many of the cards in this list, it was given to the winners of the Shonen Jump Championship with the unique code SJC-EN001. It's commonly believed that only 18 copies of this card exist.

What's it worth? This card is rumored to have sold privately for as much as $7,000 and more widely reported to have nabbed $23,000 in a charity auction, this one deserves the number four spot it holds on our list.

Awarded at the Yu-Gi-Oh! World Championship in 2009, there are not a lot of details out there other than what is written on the card and the fact that at most six copies of the card exist.

What's it worth? Two of these have turned up on eBay over the years and those sales have principally set the price at $5,999 in our list making it one of the most expensive Yu-Gi-Oh! cards.

2. Armament of the Lethal Lords

If you keep up with Yu-Gi-Oh! news, then you may have read about this card. It was widely reported that, "On December 29th, 2007, this card sold on eBay for $1,200,000, making it the most expensive Yu-Gi-Oh! card ever sold." Ultimately this proved to be untrue, but it made this card, given to the winners of the World Championship Series in 2006, gain quite a name for itself.

Most would argue that there is no question which card holds the top spot, but I’m still calling it a two way tie with the Tournament Black Luster Soldier coming in just behind my other #1 choice. That said, this card’s value is light years ahead of anything on this list.

It is a one-of-a-kind card. It was awarded during the 1999 Yu-Gi-Oh! Championship in Japan. The card itself is printed on stainless steel rather than the traditional card stock and no other card has ever laid claim to this honor. The owner of this card was reportedly asking between $10 and $12 million for it. Letting that number sink in for a moment, I will add that it is rumored that it did change hands for $2 million. No matter how you value it, this one remains one of the most valuable trading cards of all time.

In October of 2002, Tyler Gressle was diagnosed with a rare form of liver cancer. Suffering from undifferentiated embryonal sarcoma, this 14-year-old boy was forced to become a warrior. Fighting for his very life, he suffered through the pain and ultimately gave up some of his liver and large intestine and his gallbladder to surgery. Even after all this, the doctor's prognosis was grim.

As they often do, the Make-A-Wish Foundation learned about Tyler and his family's battle. Also learning he was a Yu-Gi-Oh! fan, they gave him the chance to design his very own card. Tyler drew the card depicting a warrior deflecting an evil monster's weapons and 4Kids Entertainment Inc. saw that the card finalized and produced in honor of Tyler.

After a long battle, Tyler The Great Warrior, ultimately beat cancer and is now healthy. His mom explained, "We want other families to know they can have hope, and wishes do come true."

The Tyler The Great Warrior card, just like the Black Luster Soldier, is a one of a kind card. As the value of the card, should Tyler ever choose to part with it, cannot be calculated I have called the #1 spot a tie. In the end though, I edge it out giving this one the top spot based on the story, sentiment, and a happy ending! 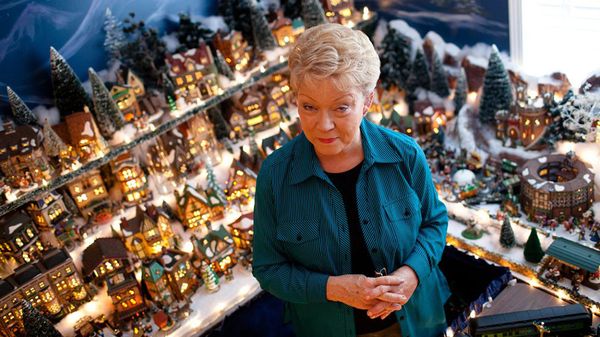 We searched the Internet's most popular online marketplaces to find what the most expensive Department 56 collectibles are worth today. 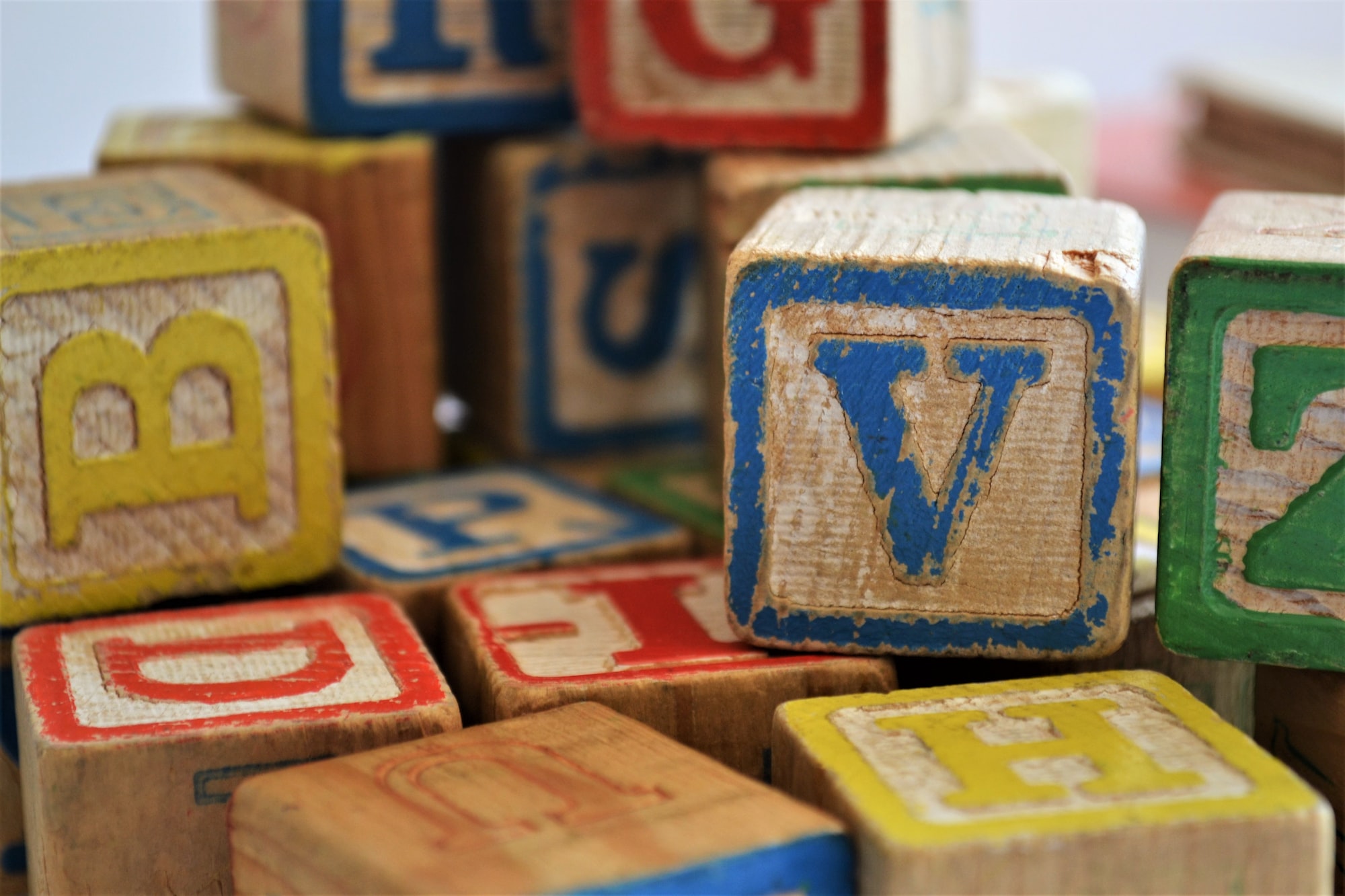 It's impossible to know what the first toy was and where it originated, but as long as there have been children, there has been adults giving them something to occupy