Hot Wheels are typically viewed as a toy found at a grocery store or other retailers. In fact, the first sixteen cars released in 1968 sold for just 59 cents each. Today, Hot Wheels are readily available for about a dollar in dozens of different makes, models and colors to fill your toy garage. Generally speaking, Hot Wheels are an inexpensive children’s toy that allows kids to create their own adventures with a lime green monster truck or bright yellow race car.

However, some vintage Hot Wheels cars can be very valuable collectibles on the secondary market. Instead of a simple toy, they are now considered rare collectors items valued at thousands of dollars. In some cases, only a handful of a certain model are known to exist in the entire world. It's fair to say these aren't the Hot Wheels cars you should use on your looping race track!

After consulting with Hot Wheels collectors and combing online marketplaces for sold listings, we've prepared this list of the most expensive Hot Wheels cars.

The color purple is what makes this model valuable. Most of the other Olds 442 models come in magenta – which is more pink than purple – and only a few of these true purple ones are known to exist in mint condition.

Originally, this Hot Wheel was only available in Europe. Though made in Hong Kong, most of the models were sold in Germany and the United Kingdom. They also had a different interior and no plastic side windows like your typical Volkswagen models. Because it is different than other models, the parts aren’t interchangeable with the American version of this vehicle.

Typically, the 1968 Custom Volkswagen without Sunroof came in blue or aqua. Really rare models came in orange, red, green and copper. If you find one loose, it’ll cost you around $1,500.

Legend has it that this model is the first Hot Wheel ever produced and could rarely be found sold loose, much less in a blister pack. If you find one for sale today, expect to pay around $2,500.

At last count, fewer than 10 of the 1970 Red Baron with White Interior are known to exist. This model was never sold widely and only produced as a prototype with no marking decal on the helmet. If you find one, you can expect to spend approximately $3,000 to add it to your collection.

The car’s history, though, is interesting. Inspired by the German World War I fighter pilot Manfred von Richthofen (better known as the Red Baron), this Hot Wheel was designed to look like a World War I era fighter plane in many ways.

Only 12 of this model were reportedly ever made, making it perhaps the rarest Hot Wheel produced in the 1990s. They were printed and released on a blue card with the ‘271’ collector’s number printed on it. As of this year, only six of the 1995 Collector Number 271 Funny Car has been found and there aren’t any variations on this model. As a result, the estimated value of this Hot Wheel is around $3,500.

Note that if you happen to find a car that looks like this in your basement, you’ll need the marked package to prove its value.

This model, which was exclusively available in the United Kingdom, was only produced in blue and originally sold as part of the Hot Wheels Exclusive Racing Car Series.

What makes the model valuable is the Ed Shaver stickers. Shaver was an American serviceman based in the UK and Mattel (who makes Hot Wheels) sponsored his drag racing career. Some of these were passed out at race tracks where Shaver raced and later used as part of a mail-in cereal box promotion.

What's it worth? Only a few of these models are known to exist today and sell for upwards of $4,000 when they surface for sale.

This car is rare simply because of the word ‘mad’. Mad Maverick was its original title, but it was soon repacked as Mighty Maverick. As of now, only five Mad Maverick editions are known to exist – two in blue, one in purple and one unassembled with no assigned color – and their value is hard to peg down as a result.

The Rodger Dodger model is your standard muscle car Hot Wheel and a quick eBay search will net you red, yellow and purple models. The blue, however, is rare because only seven were made as a special batch of Rodger Dodgers produced in the mid-1970s. The blue color may have also been a UK exclusive.

Oddly enough, a man by the name of Bob Parker traded models with a collector in England and received two Blue Rodger Dodgers in the first box he received. He asked for more, received five and sold all seven to collectors in the United States. Assuming he would receive more, he didn’t keep one for himself.

What's it worth? If you happen to find one for sale, it'll probably cost you around $8,000 if past sales are any indication of its value. This makes it one of the most expensive Hot Wheels cars known to exist.

The 1968 "Cheetah" Base Python Hot Wheels car gets its name from its metal made from a Hong Kong patent pending base. The one issue which made it so rare? The car – which is now known as a Python – shared the name with GM Executive Bill Thomas' Corvette modeled 'Cobra Killer'.

What's it worth? Only a few of these were made before the name change and all of those were made in red. As a result, those that have been found have sold for $10,000 or more via eBay or other auctions.

There is only one 1969 Pink Rear-Loading Volkswagen Beach Bomb known to exist. This one-of-a-kind Hot Wheels car is owned by collector Bruce Pascal, who has perhaps the world’s largest and most valuable Hot Wheels collection with more than 6,000 cars. What makes this particular Hot Wheels car so special? It was a prototype made by Mattel in 1969. The prototype features two surfboards loaded into the back via a rear window. This model never made it to the mass production because the car was deemed too narrow to function and a fit properly in the Hot Wheels Super Charger. As a result, this entire body style was scrapped by Mattel.

What's it worth? Pascal reportedly purchased this Hot Wheels car for a staggering $72,000 – making it far and away the most expensive Hot Wheels car ever sold. A second one reportedly does exist, but that fact has not been verified. 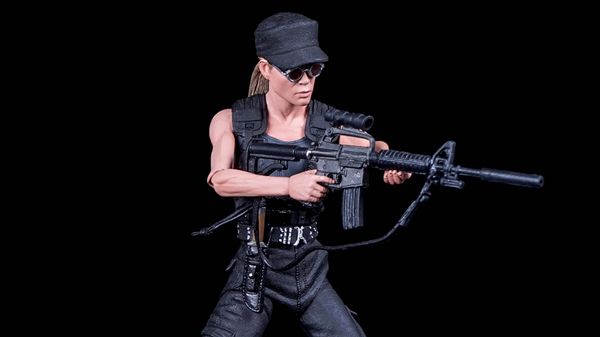 From a powerful superhero to a gun-wielding badass, this is a list of our favorite pop culture moms. 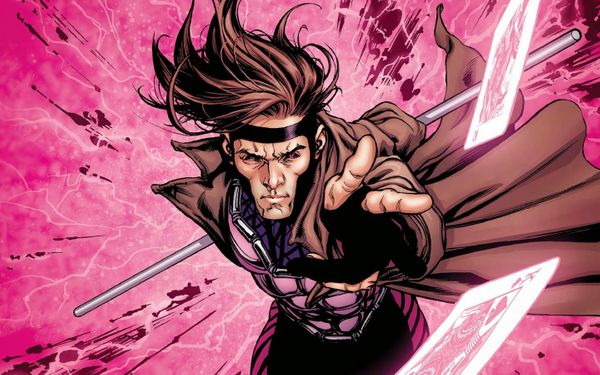 We revisit some of the best Gambit action figures (and a statue) from the past.