If it's true that everyone loves a bad boy, then the creation of the thief turned X-Man Gambit was definitely inevitable and with a feature film from 20th Century Fox planned to begin filming later this year, that fandom is certain to grow. Created by Chris Claremont, Jim Lee and drawn by Mike Collins for issue #266 of "The Uncanny X-Men" comic book series, Gambit quickly became popular beyond anyone's expectations and has been in nearly every X-Men related franchise from Marvel for the entire decade and beyond. Of all the X-Men characters created after the comic series' revival in the '70s, Gambit is second only to Wolverine in terms of his popularity with fans.

Remy Etienne LeBeau was born in New Orleans, Louisiana and was kidnapped by the Thieves Guild who believed him to be "Le Diable Blanc" (the White Devil) who was prophesied to unite the warring Thieves and Assassins Guilds. When he reached his teens, his mutant powers emerged, which he kept secret from family and friends and mastered them in private. A self-defense murder saw him banished from New Orleans and he traveled the world, surviving by plying his skills as a thief, and would have probably continued to do so had he not met Storm.

Gambit encountered a depowered and de-aged Storm who had reverted back to thieving herself to stay alive. The two joined forces and she eventually brought him back to the X-Men. Initially distrusted by Wolverine and then by the time displaced Bishop, Gambit proved himself and went on to be part of a variety of different teams through-out the X-Men's adventures. He also had one of the longest and most on and off again romances with his teammate Rogue, whose mutant ability of instant power transfer often made it impossible for them to touch each other. Despite his heroic tenure, there were many dark clouds that hung over Gambit's world. His continued connection to the Thieves Guild, his tangential part in the Mutant Massacre of the outcast mutant community, the Morlocks, his association with and indebtedness to the criminal geneticist, Mr. Sinister and his tenure as one of one of Apocalypse's Horsemen continue to darken the Cajun hero's life.

Gambit has a variety of powers and abilities that are unique among his colleagues. His primary power is converting an object's potential energy into kinetic light energy causing it to be highly explosive. He usually charges his omni-present playing cards which generally give off the concussive force of a hand grenade. He can charge larger objects and the size of the object generally determines the size of the explosion. His ability to channel kinetic energy affords him a number of super-human skills, including strength, balance, agility and reflexes that make his body perfectly constructed for being in a constant state of motion. His acrobatic fighting style includes the French kickboxing style Savate and the staff fighting art of Bojutsu. Add to this a vast knowledge of martial arts, street fighting and acrobatics and Gambit is one of the more proficient physical fighters among the X-Men. Gambit's powers also give him a few unusual mental abilities. Because of the constant kinetic energy in his body, he can create "static" which makes his mind indefectible and shielded from intrusion by even the world's most powerful telepath, Professor Charles Xavier. It also has a way of destabilizing touch based powers, like those of his lover Rogue, but in that case it is not completely effective. Gambit also possesses an unusually strong and irresistible hypnotic charm that allows him to exert subtle influence over people and other sentient beings. This power makes people believe what he said and agree with his suggestions. Oddly, though, the power does not work on people who know about the power. In the comics, he is also one of the few characters whose dialogue is portrayed in such a way to show his thick French-Cajun accent.

No doubt thanks to his inclusion in the fan phenomenon animated X-Men series that ran on the FOX network from 1992 to 1997 and subsequent appearances in other media, there have been a number of Gambit action figures throughout the years. Let me share a few of the highlights.

The Uncanny X-Men Gambit released by Toy Biz in 1992

The first, if not necessarily the best, is the 1992 Toy Biz Gambit. This figure marks the first representation of Gambit in his classic light weight armor. His body comes with “power kick action” as part of his articulation and includes a molded staff. There are a few detriments in this figure. The coat is an unfortunately boxy plastic thing that is impossible to remove without tearing and the collar is molded into the figure. There is an attempt to create his unique hair style but it comes across as a pompadour instead. The 1994 version is a definite improvement as the coat is now a more leather like version that fits the character better.

The 1996 Toy Biz version of the Gambit figure is a major leap above the previous years figures in several ways. The costume remains the same but the sculpt is a definitive improvement. The abs are well defined and the arms and legs show the muscles that Gambit displays in the comics. The coat is molded and billows back in the non-existent wind. The hair is beginning to take on its more unruly comic form. An incredible addition is the first attempt to display Gambits kinetic energy power. Several cards are suspended within a red energy field. When it is attached to the hand of the figure it lights up.

The 2003 version from Toy Biz is as far above the 1996 version as it was above its early '90s counterparts. The coloring is a major standout as it mutes the colors of Gambit's costume and makes it more realistic. The abdominal muscles are even more defined and are painted to give Gambit a major washboard stomach that even the most ardent gym rat could only dream. The arms and legs are virtually bulging with veins and muscles. The energy discharge is more controlled but more vibrant and visually interesting in this representation. He also carries a staff that looks more true to an actual Bo staff. His coat is cloth this time and is designed to have the billowing effect we would look for here. One of the things that makes this figure unique is the detailed base. If you look at the figure you will see that Gambit stands on a destroyed Sentinel hand with its fingers curling behind him. The other success story here is the face sculpt. Reminiscent of the comics, the devil may care smirk, the red-black eyes and the hair that (finally) billows above his headpiece makes the character the closest representation yet.

The Marvel Select version of Gambit is an incredible example of fine tuning things to make a figure really stand out. In this one, the omni-present trench coat is now a sculpted part of the figure with all the billows and folds finally part of the overall aesthetic. The bright blue boots are now silver with a bluish tinge and the figure finally looks a little “dirty” rather than the seemingly freshly painted former versions. This character looks like it has been in fights and the high level of articulation gives the impression that he could almost leap right at you. The shock of hair is now blown to the side and the face is a bit more serious and sporting a five o'clock shadow, a new choice for any character except the hirsute Wolverine. This figure also gives you plenty of choices of cards to explode. A single card just barely energized gives the greatest feeling of anticipation and then a fully energized one, two or three card option is available as well as a variety of hands. The staff is more simplified but is appropriately long next to the height of the figure.

While not specifically an action figure, the 2011 Kotobukiya Fine Art Statue is the ultimate visual representation of what Gambit can be. Everything about this depiction is a dynamic moment of action that is captured in time. In one hand, gambit holds an energized card, cocked near his head and ready to throw at the opponent in front of him while his other hand holds his staff in mid swing. His is set up to lean forward and his trench coat billows behind him in such a way that the eye follows everything to that initial point of action. Even his hair jumps up from his headpiece as if caught in mid-flow. And most importantly, the devil may care smirk has returned to show Gambit fears nothing this world could put in front of him. The base for the statue is one of the Danger Room holographic projectors that tilt the character in such a way to push him forward into battle.

One of the odd dichotomies of Gambit's success is that he hasn't really transferred to the live action realm yet in the same way that many of his X-Men colleagues have. He did see a very small but impressive part of the critically panned X-Men Origins: Wolverine (portrayed by actor Taylor Kitsch) but he was without the trademark costume. That said, the explosive effects of his powers, his unmistakable accent and his incredibly agile fighting style were all well represented. Magic Mike star Channing Tatum is now set to portray the raging Cajun in an upcoming film that had been delayed a couple times but hopes to begin filming later this year. The plot and even any cast (beyond Tatum) are still unknown but the hope is that Gambit will fall firmly in the realm of the recent mega-success of Deadpool when unveiled.

In any portrayal of Gambit, be it comic, toy, cartoon or live action, it is important to remember that one of the things that have made Gambit such an interesting character is his complexity. There is nothing cookie cutter about the character. He is unique in powers and temperament. He may be a happy-go-lucky ladies man but he is also a dangerous thief. He may be a hero but he has also done some pretty heinous things. He is good and bad, light and dark. Or to put it in simpler terms, Remy LeBeau is a human being, just like you and me. Except he looks so much cooler doing it. 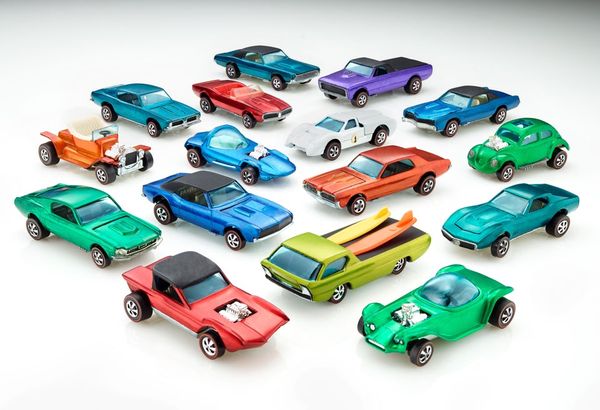 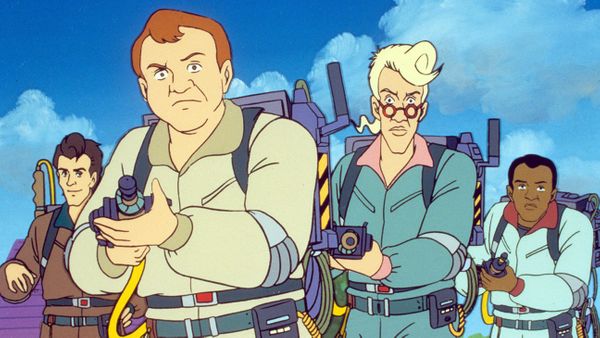 Kenner introduced The Real Ghostbusters line inspired by the animated series of the same name, creating some of the most memorable toys of the 1980s.