As a comic book critic, the most frequently asked question I get about comic books is "Where do I start?" With this in mind, I had the idea to do a beginners guide to Marvel Comics sharing a roadmap for someone interested in getting started with the "All-New, All-Different Marvel", a conceptual re-branding, we are still seeing take shape event today.

Personally, I've found that the best way to recommend comic books is not by simply naming your favorite titles because comic books are ultimately a very subjective medium. Instead. I am going to recommend to you comics, character-by-character. As we have a lot of ground to cover, let's jump right in!

The Avengers, first appearance in "Avengers #1"

With a series that debuted on November 11th, 2015, the All-New, All-Different Avengers are a team that mixes experienced Avengers and new heroes on a single roster. The old heroes learn from the new heroes (aka “legacy heroes”) and vice-versa.

Originally created to heal a social divide between mutant and non-mutants, Uncanny Avengers brings the X-Men and Avengers together onto one team. There have been many X-Men characters who have been a part of the Avengers in the past but this was a great next step in merging the heroes of the Marvel Universe.

A new team for All New, All Different Marvel era utilizing a name that has gone before (through three previous series actually). This one includes a nice list of known and lesser known heroes who take over A.I.M. (Advanced Idea Mechanics) and rebrand the former super-villain organization as Avengers Idea Mechanics with a field team titling itself the New Avengers.

In October of 2015, Marvel launched All-New, All-Different Marvel (an event you will see me reference to a lot in this article). In The Amazing Spider-Man Volume 4, Peter has a new status quo. He’s not just the friendly neighborhood Spider-Man, but rather the friendly global Spider-Man. Peter Parker moves into the role of international businessman as he balances his life as Spider-Man with his work and inventive creativity overseeing Parker Industries.

Previously living in the Ultimate universe, Miles Morales made the move to the regular Marvel universe with the debut of All-New All-Different Marvel. Miles is now trying to make his own name as Spider-Man all the while balancing high school, spending time with his family, and being an Avengers team player.

Spider-Gwen was introduced to the Marvel universe in 2014 in Edge of Spider-Verse #2. The character became so popular she received her own comic book series. The first volume lasted five issues and then the series was relaunched for All-New, All-Different Marvel. The current series is ongoing and going strong. The series deals with Gwen being a wanted hero and trying to be a functional young adult in New York City.

Cindy Moon was introduced in The Amazing Spider-Man Volume 3 #4 in 2014. Shortly after, Marvel released Silk’s very own ongoing series. The story here focuses on Cindy trying to find her family as she deals with PTSD from being trapped in a bunker alone for over a decade. This series was seven issues long leading into Marvel’s Secret Wars. After Secret Wars Marvel launched the second volume of Silk. In this volume, Cindy goes “evil” teaming up with the Black Cat.

In 2015 Marvel launched a new volume of Spider Woman, which led Jessica Drew down a very new life path. She had been defined by her Avengers status for years, and wanted a more grounded life. This adventure started in Spider Woman Volume 4 #5. The volume ended with issue 10 leading into Secret Wars. The series relaunched with a new status quo for Jessica, being nine months pregnant. Jessica is now a new mother balancing her life with a child as a superhero.

Jane Foster, the new Thor, was first introduced in Thor Volume 4. Jane is the original Thor’s on and off again girlfriend but in the current series she suffering with breast cancer. Jason Aaron kept Thor’s identity a secret until the last issue of this volume building a mix of fan speculation. After Secret Wars, the Thor series relaunched and now that Thor’s identity stands revealed this volume focuses on the tension between Odin and the new Thor, and showcases Jane’s battle with cancer. Thor is also an Avenger and you can read her adventures in All-New, All-Different Avengers Now

Steve Rogers has just recently returned to action after the events of Avengers: Standoff. This comic event helped him spin-off into his own title Captain America: Steve Rogers. This became a very controversial series met with some outrage after a cliffhanger issue 1 ending which had Captain America saying "Hail Hydra" and shocking fans.

If you have been watching the Captain America films (or you're a long time Captain America comic book fan), the character of Bucky Barnes, the Winter Soldier, should be embedded in your fandom. Bucky is currently in the team book Thunderbolts.This ragtag crew serves as renegade heroes and they are now under the leadership of Winter Soldier.

Tony Stark has come front and center once again this year in the Marvel universe. He’s in a war with Captain Marvel in Civil War 2, trying to unravel the mystery of his real parents in International Iron Man, and gains a new assistant in Invincible Iron Man. For a billionaire, he has his hand very full.

Just like Iron Man, Carol Danvers has moved to the front and center in the Marvel universe because of Civil War 2. She has a lot of responsibilities as a team member on the Ultimates and recently became the captain of SPACE, an organization charged with guarding the earth from extraterrestrial threats in her own title Captain Marvel.

Kamala Khan has quickly become one of the most beloved heroes in the Marvel universe. She's an Avenger and high schooler trying to balance her life as a superhero and normal teenage girl and she approaches it all with a wit and charm that endears the character quickly with the reader.

The Inhumans must deal with the spread of the Terrigen Mist and new Inhumans emerging around the world. Some non-Inhuman characters are featured in this title (like Human Torch and Beast) adding a little spice to things. The presence of the Human Torch in particular. In this post-Fantastic Four world, his presence introduces a bit of a love triangle to the title drawing in Crystal and Medusa.

This series also deals with the Terrigen Mist but thus far the series has been more focused on a field team of Inhumans led by Crystal. The team is tasked to help the NuHumans who are being changed by the mist and it’s pulled them all around the globe.

You can find Deadpool in his own title working with his team the Mercs for Money. That said, Deadpool is teaming up with a lot of characters these days including Spider-Man in their own ongoing series Spider-Man/Deadpool and several mini-series like the recent Deadpool V Gambit. Adding to the team theme, you can also find the Merc With A Mouth in Uncanny Avengers. These days, the character is most certainly getting around.

Gwen is just like us… no, I really mean it. She comes from our world! She wants to be a hero and finds out quickly that it's a lot harder to be a hero when you come from the world of reality than you would think.

It's been a pretty tough decade if you're a mutant and the rise of the Terrine Mist has been the evolutionary icing on the cake. The mists which are increasing the ranks of Inhumans are killing mutants. Here, an X-Men Team led by Storm works to deal with the ramifications of the mists and hold together a dwindling mutant race.

"Bigger threats require more threatening X-Men" was the tagline for the current Uncanny X-Men series and with Magneto leading a team of anti-hero mutants, it's certainly living up to that assertion. Here, Magneto is taking the fight to the opposition and all options for resolution are on the table.

The All New X-Men continue to serve up a blast from the past as we follow a group of young mutants, including the first class X-Men time travelers as they work to find a place in the modern world and come to grips with the way their older selves turned out. Since their arrival, they’ve made their mark on the X-Men titles. Will they one day return home? Time will tell.

He comes from another version of earth and the Old Man Logan series follows the troubled character as he tries to prevent the horrid future he sees as still to come. Working his way through the Marvel universe, you can follow his adventure in the main series and in Extraordinary X-Men.

Laura, the original Wolverine’s clone and air to his legacy, takes over Logan’s role as the All New Wolverine. The series opens with the reveal that Laura has three clones of her own and so far she’s doing everything in her power to save them.

So, what are you waiting for? You’ve got a lot of comics you could be reading. In this mix you’ll find pathways to other series and an eventual comic book pull list that will have you feeling right at home enjoying the Marvel universe. Your new favorite comic shop awaits!

Your fancy PlayStation 5 and Xbox Series X consoles owe their success to the foundation built by the best Atari games in the late 1970s and early 1980s. 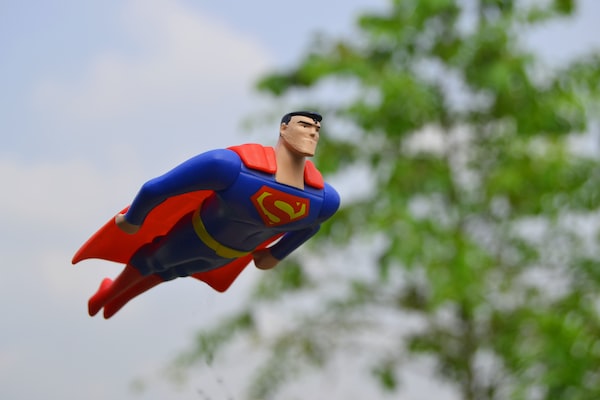 Sometimes, The Man of Steel is made of plastic. In this article we look back at some of the most unusual Superman toys ever made.