After the Batpod is retired, the Terminator costume gets too tight, or Marty McFly gets new shoes, they all go to film and T.V. memorabilia heaven: PropStore.

Based out of London and Los Angeles, Prop Store is one of the world’s leading memorabilia companies. Founded in London in 1998 by Stephen Lane, the company was created from his love of movies and desire to provide highly coveted pieces to collectors, while mixing in fine art to create a hybrid experience of culture. Now, 19 years later, Prop Store has expanded to 30 employees between Los Angeles and London and has earned the title as the most trusted authority in the business.

This year, Prop Store will be the host of UK’s largest annual auction of memorabilia for the fourth year in a row. On Tuesday, September 26th, Prop Store is expected to make over €2 million on the sales of 600 rare and iconic items. Here are some of our most-geeked-out-at items available for sale during Prop Store’s unique Entertainment Memorabilia Live Auction:

Other top-items expected at the auction include:

The auction will be held in a live-stream online, allowing fans to easily track the bidding. Auction items will be on display at a free exhibition open to the public in Waterloo, London from September 7th-26th, 2017. Registration is now open at www.propstore.com/liveauction. Online proxy bids can be submitted starting Friday, September 1st. 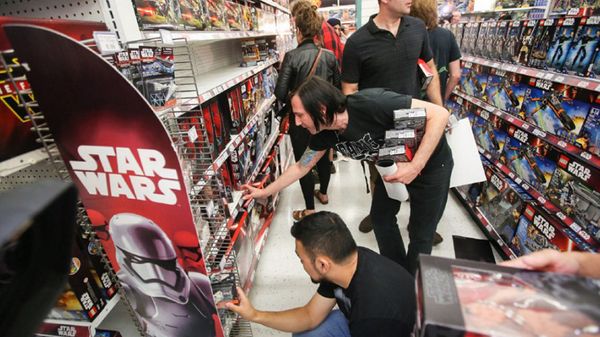 On September 1st, 2017, Disney is releasing the sequel to a new Star Wars tradition: Force Friday. In commemoration of the Star Wars reboot marked by the release of Star

Rocky Davies was born an artist on the cusp of a cultural revolution: the 1980’s. The grand scale of movies, toys, cartoons, and comics influenced his skills and passions