Welcome back to all of you reading along with this bi-weekly column covering the history of comics. Everything here is based around Tony Isabella’s 1,000 Comic Books You Must Read and for this round we have four solid issues to discuss!

When you think about G.I. Joe comics, there is the iconic first issue, the ultra scarce second issue and the “silent issue”. G.I. Joe #21 is that silent issue and it doesn’t contain a single speech bubble, sound effect, or caption. What it does do to this day is stand as one of the best produced single issue stories in comic history. I would also argue that this story went a long way toward increasing the mystery and fan devotion toward the character of Snake Eyes.

Based on the Hasbro action figures of the 80s, G.I. Joe was a hit for Marvel from the start. In this issue, Snake-Eyes is seen infiltrating a Cobra castle to rescue Scarlett. While there he encounters a mysterious Cobra ninja, Storm Shadow, for the first time in comics. Their interplay and history would become core to Joe lore over the years and makes for great visual fun within these pages.

There has been a lot of speculation over the creation of this issue. It’s clear it was done in haste as Larry Hama had to write and draw the issue, not having time to send it to an artist. That said, the fact that it is silent was not a result of a production schedule glitch as some would have you believe. Hama had planned on a silent issue for sometime, explaining the issue’s creation process during an interview with David Anthony Kraft’s Comics Interview (issues #37 & 38).

My takeaway here is simple. This is a staggeringly good read that you should seek out and enjoy.

This issue is iconic for a couple of reasons. First, it marked the start of a significant, new Spider-Man title which was based solely on the hero’s name rather than “Amazing” or “Spectacular” or “Sensational”. This is commonplace now, but back in the 90s it turned heads. The series also carried the name Todd McFarlane which added some real weight at the time. Four versions of this issue were produced and they sold like wildfire (over 2.5 million copies) which made headlines that were noticed by the broader, non-comic reading public. As Tony so aptly points out in 1,000 Comic Books, a real case could be made that the excitement over this single issue, at least in part, triggered the speculation market in the years that followed and almost crashed comics altogether during the 90s.

As for the issue itself, it’s very art driven and takes more pages than it should offering little more than buildup for issue number two. Here we flash back and forth between Spider-Man being overly self congratulatory and the Lizard stalking human prey. The two never meet in the issue but there’s a lot of atmosphere, pretty imagery, and the clear promise for a big fight to come. Not earth shattering, but certainly an important issue for the time as this was a period in comics where the name “McFarlane” was a lock for comics sales. Ah… the artist driven, superstar years. To say the least, I don’t remember them with enthusiasm.

For me, this issue is certainly pretty, but I would save your more substantive reading time for other series (like this next one).

Now this is a slice out of time comic story that is rooted in an era that had an honest impact on the Marvel Universe that followed. This is also an issue that held more promise of good things to come than anything I’d read in years. It takes established “B-list” heroes and puts them together into a team running a detective agency, investigating cases related to other superheroes. Along the way, the series re-imagines each of the principal heroes, expanding on their previously two-dimensional power sets in really creative ways. The series also has a beat of humor and wit that I love and delivered a solid story that had a twist ending I didn’t see coming. There really isn’t much more I could ask for from a kickoff issue.

The tale comes just after the “M Day” Marvel event which saw the Scarlet Witch convert a large number of mutants to non-powered normal people. We meet the team very organically as they come together to help their friend. The issue focuses in on the seismically powered Rictor as he contemplates suicide on a roof top. Jamie Maddox, the Multiple Man, goes to talk to him. This character alone told me all I needed to know about the series. He’s always had the ability to divide into multiple versions of himself. In these pages, writer Peter David chose to divide his personality along with his body so all the dupes are emotionally different. It evolved the character to one of my all-time favorite personalities in comics.

This series and the writing of Peter David is not to be missed. It has a retro cop-show vibe, a humor that is both snarky and lovable, and it’s propelled along by characters I’ve come to love. For my taste and what I want from comics, this series is a masterwork and I’ve been craving something like it every since.

Marvel Graphic Novel #32: The Death of Groo
Marvel (Under Its Epic Imprint), 1988

First appearing in the pages of the much loved 1982 Destroyer Duck, Sergio Aragones has carved out his own corner of comic fandom with his long running, comedic, cartoony take on sword and sorcery, Conan-like characters. After his introduction, Groo quickly became one of of the first widely successful creator-owned comic characters, and it remains one of the few successful humorous comic books (excluding Archie) that we’ve seen.

This buffoon turned swordsman who has a knack for stumbling his way through adventures (and life) delights even to this day and has been published by Pacific Comics, Eclipse Comics, Marvel Comics, Image Comics, and Dark Horse Comics. It also holds the distinction of being one of the longest creative partnerships in comics enjoying the combined creative mix of Aragones, Mark Evanier, Stan Saki, and Tom Luth.

In this Marvel Graphic Novel, Groo returns to the town of a king who wants nothing but to see him dead. Groo has a hard time sorting out that he’s not actually the hero here, is thought for a while to be dead, and through a series of mistakes, manages to dethrone the king, find love, and take on a dragon. It’s a longer form story that is full of humor, cute moments, amazing art, and a bit of heart. Though it actually comes to us about three years after Groo’s debut, it remains one of the character’s very best stories. 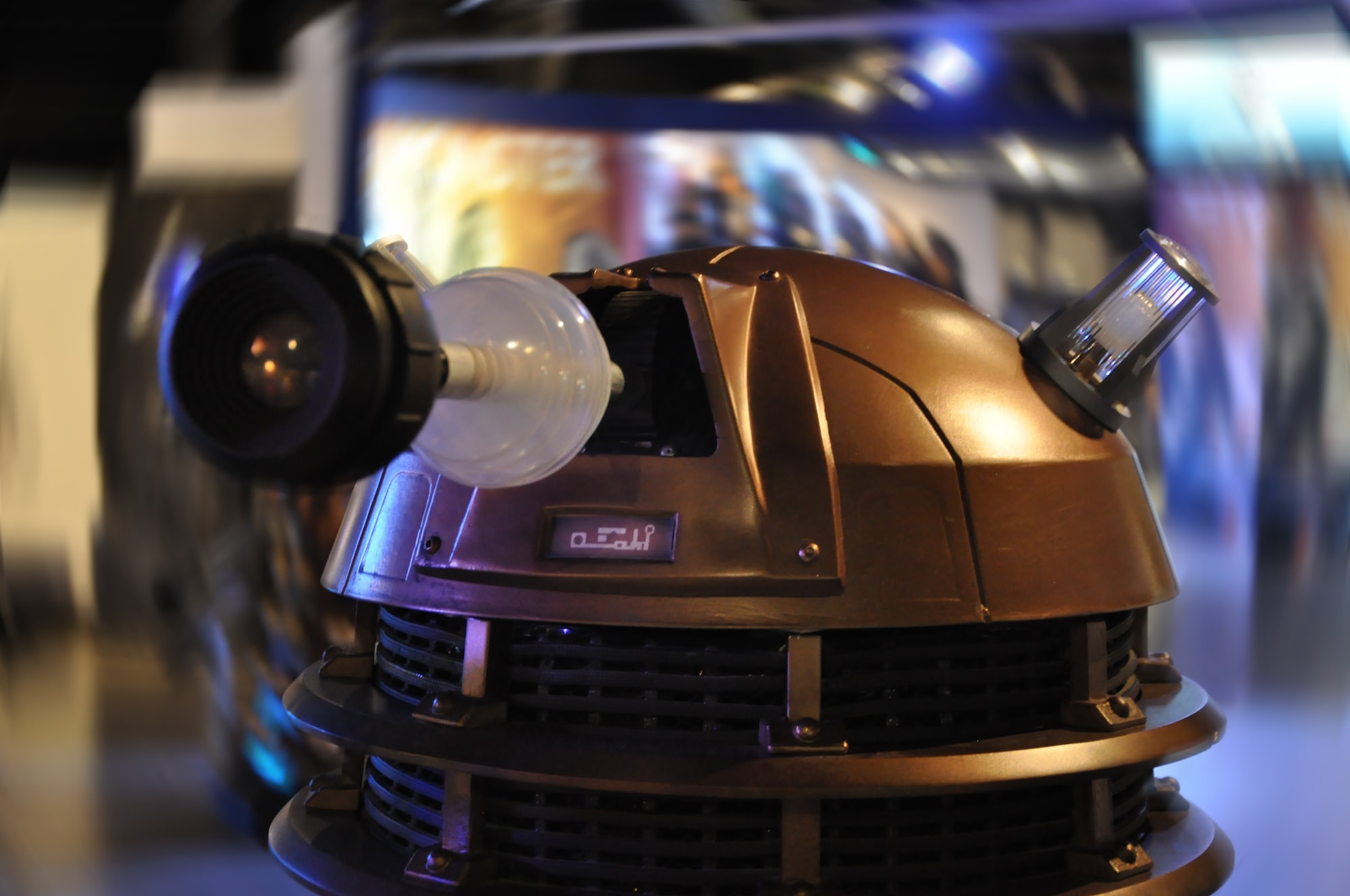 Like a TARDIS materializing in your living room, the Funko Pop Doctor Who line has new collectibles appearing soon that are promising to fill your shelves with some interesting exclusives.