2016 will bring us exciting new collections from Rainbow Brite, Dr. Seuss, Kung Fu Panda, and Star Trek to name a few. They also plan to expand on the DC Comics collection, as well as the Peanuts, and Barbie Collections. For their Star Wars collection, they will expand as they add a collection specific to the new Star Wars: the Force Awakens movie.

Here are some of the Itty Bittys released so far in 2016. We’ll check in later this year to see what’s new with the Itty Bittys so let us know which ones you’re most excited to bring home!

Who doesn’t love Batman and Superman (outside of Marvel superfans)? I love both of them and would love to have this little duo to clip on my bag. This one would also make a great gift for a kid’s backpack. It’s also easy to remove one of the characters, or both if keychains are your thing, so it’s multi-purpose.

There are actually a lot of the Clippys series I like, but these two sets are indisputably the most collectible. I can very easily see these two attached to a rear view mirror of your car, just don’t forget to get the Death Star vanity plates to match!

There is something very special about being able to introduce both your childhood and your passion for collecting to your children. This Itty Bitty is the best of both worlds.  Safe for children to collect and play with, and you can pull down your old Dr. Seuss books and read them the story of Thing 1 and Thing 2.

This item was released in 2015, but I feel like it’s important to mention. The diehard collector will want it to complete their set, but this is also a cute little display case to lure your children into the habit of keeping their collectibles safe. 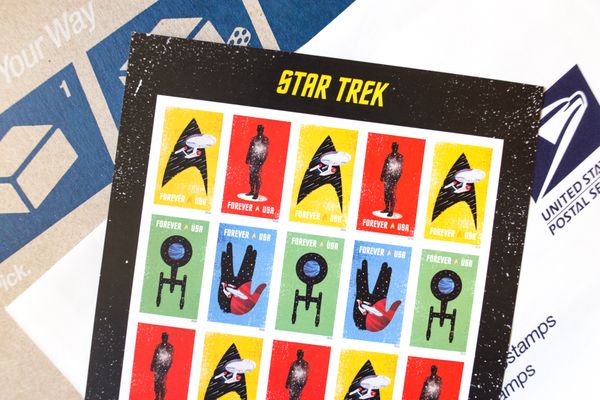 While sharing details on that amazing new Spock figure [https://www.completeset.com/live-long-and-prosper-with-this-spock-at-your-side] last week, we discussed the Star Trek [https://www.startrek.com] 50th Anniversary, which is happening