If you think of McFarlane Toys you most likely conjure up an image of an incredibly detailed action figure or playset from the company’s long-running production history. Delving deep into hyper-detail, articulation, and accessories to a level we’d rarely seen before, Todd McFarlane made a name for himself in toys by building on his already celebrated comic book fame. Yes, he may have started with his original comic book character Spawn, but the places this toy company has gone since and the characters it’s served up have become incredibly diverse. Whether you are a sports fan, a comic reader, a loyal television watcher, a video game enthusiast, or someone who delights in the macabre, it’s clear McFarlane Toys has you covered year after year.

You probably already know (and own) many of the company’s collectibles, but what do you know about the story (and man) behind the company? It’s an interesting rise that just seems to get stronger each year. Todd McFarlane’s story didn’t start out with a plan to make it big in comics and toys. Todd wanted, more than anything, to play professional baseball. In fact, while enjoying a baseball scholarship to Eastern Washington University and despite later being recruited by a Seattle Mariners scout and almost realizing his original dream, it was how he paid for college (working at a comic store and as a janitor) that started him down a very different path for his future.

When it became clear that baseball would not open up for him as a career, Todd threw himself into drawing and writing comic books. It wasn’t an easy start. He will tell you quickly how he encountered more than 700 rejection letters along the way, but eventually, Marvel came calling in 1984 and work at DC Comics would come next. His success and fame built over time and just as he was rising to the top of Marvel’s artist roster, he inked and penciled Spider-Man #1 which, in September of 1990, became the best-selling comic book of all time at over 2.5 million copies sold.

The next year, he surprised his fans by taking a six-month hiatus following the birth of his daughter and moved to Portland. It was during this time that he made plans for his own publishing company wanting more creative control of his work. This became a now legendary moment in comics as he was eventually joined by Jim Lee, Rob Liefeld, Jim Valentino, Erik Larsen, Marc Silvestri, and While Portico to form Image Comics. Although each creator would publish under the Image Comics banner, each person controlled their own characters and benefitted individually financially. This deal included licensing and merchandising and was groundbreaking for the industry. The Image Revolution, as many have referred to this period, was born and his hit series Spawn would soon follow!

It was that runaway success for his first Image series and the deal he had with his partners that had McFarlane quickly (and wisely) looking to license out the character for toys, movies, and television. Sure, there was a highly successful film and an HBO animated series, but it was the Spawn action figures that led to the birth of McFarlane Toys. Initially looking to partner up with Mattel, they proved unable to produce figures with the level of detail he wanted so he got back his rights from the company and began life as “Todd’s Toys”. He later changed the name to McFarlane Toys at the request of Mattel to avoid confusion with a character from their Barbie line.

Around 1998 McFarlane Toys began an action figure evolution (and revolution) that continues today. Jumping beyond simply representing the Spawn universe, the toy company started increasing their offerings while holding to a low price point. This created a solid demand for the toys and allowed them to expanded into pop culture, doing figures tied to film, music, and gaming. Around 2002, sports entered the mix bringing Todd’s life full circle back to his original love baseball. During a downturn in the economy, McFarlane nailed down official licenses which were up for grabs with four North American sports including football, basketball, baseball, and hockey. Broadening the base even more, the company would take on KISS, Shrek, X-Files, Austin Powers, Metal Gear Solid, Clive Barker, Akira, the Beatles, Army of Darkness, Jaws, Rob Zombie, Alien, Predator, AC/DC, the WWE, and more as they continued to ramp up production and design to meet demand. McFarlane would later explain that this was more about diversification and looking ahead long term and making a point to not put all his toys in one basket. It worked!

What began at Toy Fair in 1994 with a single small booth (reportedly 6′ x 6′) is now a pavilion drawing huge crowds at conventions as the brands that followed next would become game changers in every sense of the word. McFarlane Toys producing products tied to Assassin’s Creed, Halo, Game of Thrones, and, most especially, The Walking Dead really expanded the company’s reach. In many circles, McFarlane Toys has become almost synonymous with the television juggernaut that is The Walking Dead as the company so perfect captures (and markets) toys tied to the show. Representations of characters like Rick Grimes, Daryl Dixon, Michonne, Abraham, and even the walkers themselves have propelled the company beyond traditional action figures into building sets which seems to have grown their audience once again.

There is little doubt that the success story here has not yet finished and this still feels very much like a company on the rise, especially when you see their product at shows. Where many creators of McFarlane’s caliber wall themselves off behind tables, show floor offices or small armies of press handlers, even today it’s very common to see Todd out talking to fans, signing autographs, and discussing his creative history. I bumped into him at San Diego Comic Con last year, chatted for a bit and over the full run of that very long and crowded show, I rarely passed his booth that he wasn’t out there promoting. For me, that says a lot about the future for McFarlane Toys. It may not always be an easy road, but they certainly have proven they know how to chart a course that’s based on quality.

What about McFarlane himself? What kind of legacy does he want to leave behind via his many creations? He answered, “My ability to deliver a good product is my greatest strength, I’d like to be remembered as a guy who turned out some quality comics and toys, while doing a few different things even if it wasn’t the easiest road to follow.”

The long awaited premiere of Game of Thrones Season 6 is arriving on April 24th, 2016, and I couldn’t be more excited. With over 8 million viewers for HBO’s fantasy drama, it’s safe to say I’m not the only one. 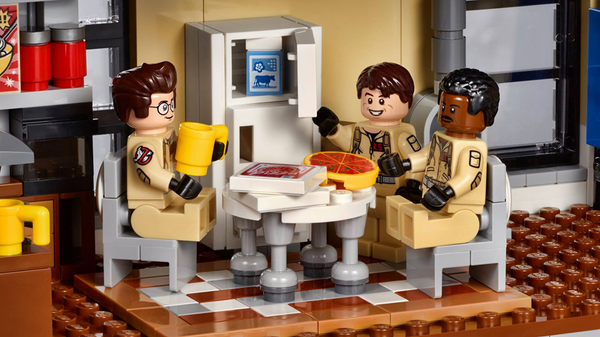