The Rubik’s Cube was first unveiled to the world in 1974 and has since become the world’s top-selling puzzle game. R2-D2 would arrive scurrying along with our first glimpse of the Star Wars universe three years later in 1977. Who knew a mashup of these two could look so entertaining (and reportedly prove so unexpectedly complex)?

Per the official documentation…

The Star Wars 3D Rubik’s Cube R2-D2 is as cool as it sounds: a Rubik’s cube puzzle in the shape of a mini R2-D2 droid. Swivel and move the parts of the iconic blue and white robot, and then spend hours trying to get it back to its original form. A must-have for fans of the original movies or anyone fresh from seeing “Star Wars: The Force Awakens”.

Though exclusive to Japan, this is an official Lucasfilm product serving up the classic R2-D2 design. The included instructions are in Japanese but it’s a pretty easy collectible to figure out no matter your language of choice. Packaged in box it stands 15.4 x 10.8 x 10.0 cm and is available now for $57 ordering internationally.

CompleteSet’s own software engineer and cube collector Ryan Leitzenmayer expressed interest when we shared early reports of this one around the office. Check out the portion of his collection that live here in the CompleteSet office.

Clearly a treasure trove that would keep anyone twisting away!

I am quite the fan of tabletop role-playing games (RPG’s) like Dungeons & Dragons, Champions, and Pathfinder. Ever since my grandmother bought me that first basic D&D boxed set for Christmas in 1977 (thinking it was a jigsaw puzzle), my 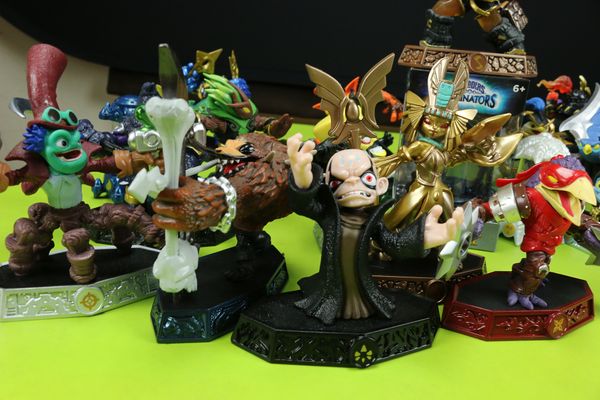 Many of the characters in Skylanders have variants, some have several variants and it’s a collector’s nightmare. How do you know which ones you need? How do you