I’ve been a Disney fan since my very early days as a kid. I gobbled up the animated films and sat in reverence for the Mickey Mouse Club. I can still so clearly remember the moment I found myself first driving down the highway toward Walt Disney World. I was sitting in an oversized motor home’s front seat (which felt to me like the Captain’s Chair off the Enterprise) and could not take my eyes off the odometer as I counted down the final miles to my first visit to the Florida park (just the Magic Kingdom in those years).

I had already meticulously planned out how I would use each of my ride tickets. Yes, Walt Disney World used tickets for their rides back in those days. That is actually where the phase “E Ticket” came from as those prized tickets granted you passage to the parks high-end rides like Pirates of the Caribbean, Haunted Mansion, and Space Mountain. I was so revved up, I actually dreamed the night before we arrived that a helicopter had come and carried the park away as I watched. I was that desperate to get there.

I would return again and again over the years, visiting annually as I made my way through grade school and into high school. I was there just a month after EPCOT opened in 1982, saw the dawn of both Disney-MGM Studios (1989, later renamed Disney’s Hollywood Studios in 2008) and Disney’s Animal Kingdom (1998), and I’ve seen the parks change over the years as rides and aspects of the facilities constantly update and evolve.

I think, for those of us who grew up with Walt Disney World and Disneyland, that change is as much a part of our fandom as the attractions and entertainment which exists there today. That is why I was so excited to learn that Disney has begun opening up the Walt Disney Archives. The Archives play host to movie props, costumes, notes, personal correspondence from Walt, theme park trinkets, vintage merchandise, and countless other items from the company’s vast history. It’s this side of Disney collectibles that get me the most excited. It’s not photos from the park today but rather those images that transport me back to when I was a little kid that bring the nostalgia raging forward.

The unveiling of the archives began earlier this year at their D23 Expo and continues making news in new ways over the weekend (on December 5th, Walt’s birthday) with Photographs from the Walt Disney Archives. This new online resource is a print-on-demand photo service tapping into the company’s rich visual history. Here are some details from their offerings…

“Established in 1970, The Walt Disney Archives preserves and safeguards the incredible creative legacy of The Walt Disney Company. Included in this treasure trove of important artifacts documenting the history of one of the most innovative and beloved companies is a collection of more than four million photographs— images that provide a behind-the-scenes look at more than 90 years of groundbreaking family entertainment.

Now, for the first time, you can create your own collection of the best photographs in Disney history by selecting from these extraordinary images— each printed on your choice of top-quality canvas or archival paper and sent to you professionally framed.”

With an estimated 4 million photos in cold storage just waiting to be tapped and added to the service over time, this is a website I plan to watch, and I think that is a sentiment I share with many Disney fans. I also now realize that my Christmas list just got a bit deeper! 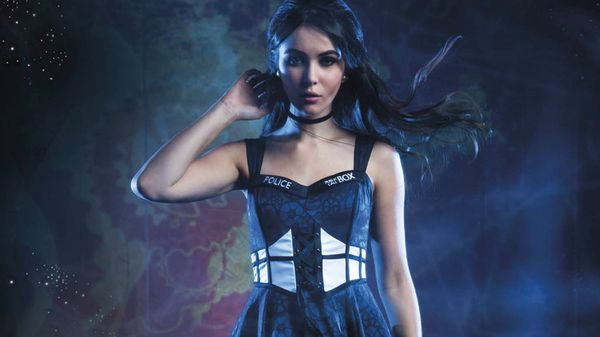 Whovians and fashionistas unite! Hot Topic has released a beautiful line of Doctor Who fashion that is sure to thrill fans of the hit BBC series. Dresses, sweaters, and even 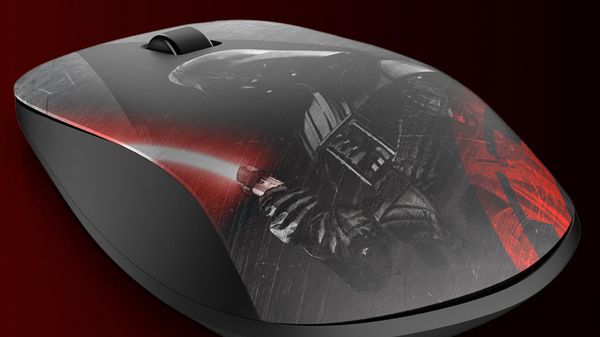 If you ever find yourself wanting to Force choke a coworker, this is the mouse you’re looking for. Hewlett-Packard, more commonly known as HP for short, has unveiled a