There is little question that gaming culture is attracting a growing audience of fans each year, and gaming associated collectibles are just getting hotter and hotter. We’ve seen announcements over the last few months that comic and pop culture convention giant Wizard World is moving to a gaming focus for some of its growing list of cons. Also ReedPop (the folks behind New York Comic Con and Star Wars Celebration) continues to evolve and grow the highly successful series of PAX conventions (which now stands at five events each year.) Add to that ReedPop’s new TwitchCon and you can see that fan enthusiasm is clearly driving that industry growth.

Today, Loot Crate has thrown its hat into the world of gaming in a much more substantive way. Making the announcement at PAX South, they’ve unveiled a new blind box subscription service specifically geared toward video game fans. The new option for fans will be known as Loot Gaming and you can catch their YouTube video unveil here.

No stranger to this market, their primary box service has been rolling in gaming items in the past and have even done boxes themed around the popular Fallout and Mass Effect franchises. Putting fan fears to rest quickly, that trend will not change in the future as gaming items will still turn up in the main subscription box from time to time.

Loot Gaming will be a monthly mystery box that will include apparel, gaming accessories, and of course, collectibles of all shapes and sizes. Promising items “from the biggest and best video game universes” the new box also comes with a slightly steeper price tag of $25 per month. That said, the crates will come with four to six premium items and, of course, many of these items will be exclusive to Loot Crate. They shared during the initial rollout that the retail value for each box will be $60 or higher. There’s even talk of downloadable games and DLC being rolled into the package over time.

“Legacy” is the theme for the inaugural Loot Gaming box, and fans can look for it to arrive this spring. You can sign up today! 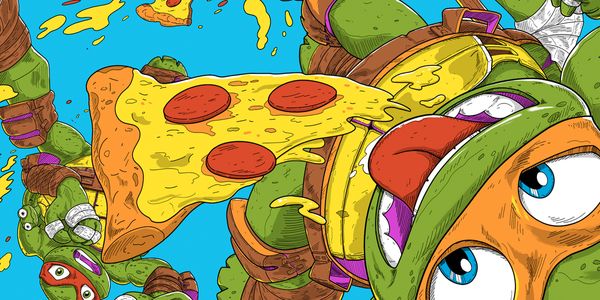 Mondo releases two variants of an epic poster for the Teenage Mutant Ninja Turtles: Rise of the Turtles series.

LEGO made news yesterday at Spielwarenmesse, the international toy fair in Nuremberg. There, the company announced the first ever LEGO mini-figure in a wheelchair which will be part of their 60134 Fun In the Park set. Responding to the social media equality campaign #ToyLikeMe,