LEGO made news yesterday at Spielwarenmesse, the international toy fair in Nuremberg. There, the company announced the first ever LEGO mini-figure in a wheelchair which will be part of their 60134 Fun In the Park set. Responding to the social media equality campaign #ToyLikeMe, the company is working to make more real-world based toys that better represent children who feel different or isolated as they go through life with disabilities.

The #ToyLikeMe movement celebrates disability in toys and regularly calls on the toy industry and children’s television to better culturally represent the 150 million disabled kids worldwide. LEGO heard and responded with this first mini-figure.

This was a clear win for the movement in terms of visibility as the Nuremberg based toy fair, happening now through February 1st, claims to be the “world’s biggest toy fair.” It nabs this distinction by raking in more that 2,800 exhibitors from over 60 countries. During the show over 70,000 visitors attend to see over 1 million products with over 75,000 of those being new products.

There is little question that gaming culture is attracting a growing audience of fans each year, and gaming associated collectibles are just getting hotter and hotter. We’ve seen announcements over the last few months that comic and pop culture convention giant Wizard 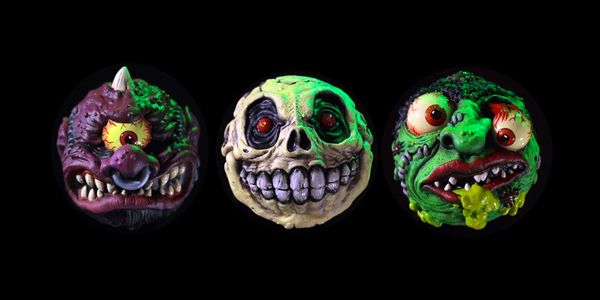 Who remembers Madballs? I certainly do, as I was just discussing their history with a friend just last week. Little did I know that the marketing masterminds at Mondo were