On September 15th, Coca-Cola filed a trademark for “Ecto Cooler”, sparking rumors all across the internet that the iconic citrus drink is going to make a comeback just in time for the Ghostbusters movie set to drop on July 15, 2016. The new film, co-written by Dan Aykroyd, has old school Ghostbusters fans reminiscing about the golden age of ghost busting. Here are some collectibles that we would love to see make a comeback with Ecto Cooler.

In 2012, Mattel released two Ghostbuster replicas. In true “old is new” fashion, it was a little late to the original Ghostbusters game since the cartoon and movies were released in 1980s. The replicas were limited edition and scary accurate, with the Ghost Trap prop sporting two modes; one mode even included bouncing “to let you see that there is actually an inhabitant from the netherworld within”.

In January 1985, Activision brought the Ghostbusters to Atari. It was a one player game that required a joystick, a classic simplicity that consoles haven’t had in some time.  The good news is, this reboot could actually happen since Activision is still a thriving gaming company with major franchises like Call of Duty, Skylanders and Guitar Hero.

Ecto Cooler was not the only edible celebration of Ghostbusters. Ralston Purina, more commonly know for their pet food, released a cereal called Slimer! and The Real Ghostbusters Cereal. Like so many other cereals of the 90s, it was a classic grain and marshmallow format, and I’m sure it was absolutely delicious. One exciting thing that this cereal had going for it was the chance to win toys from Kenner.

Speaking of Kenner, they released several waves of toys for the Ghostbusters in the late 80s.  My favorite part of the collection launched during the fourth wave of toys, the Haunted Humans line, which features figures that transform from normal humans into frightening ghosts.  I know who I’m going to call!

It’s that lovely time of year when you hang your stockings, deck your halls, and put up your Christmas tree. InThe Best Holiday Ornaments To Show Off Your Fandom: Part 1 [https://www.completeset.com/stories/the-best-holiday-ornaments-to-show-off-your-fandom-part-1] , we talked about time travel, robots, 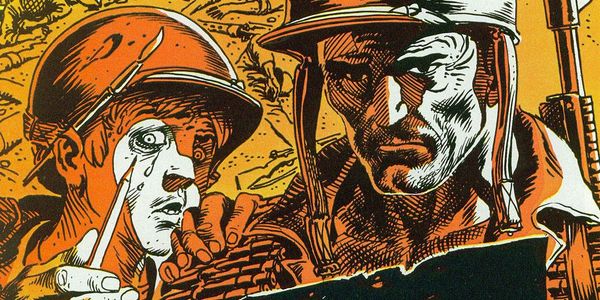 Love comics books? Join as we unveil the fourth installment (and four more comics) walking you through the best and most influential issues of all time. Should you need it,