I love comic books. I can say that with confidence as, at one point, I was reading over 150 titles a month and still maintain a collection that tips the storage unit scales at around 120 long boxes. When you run the numbers that is roughly 36,000 comics. Sure, I’ve calmed down a little in terms of my dedication to this hobby (settling on a core reading pace of about 60 titles a month), but I have to admit that I do feel like I’m slacking these days. You see, I’m a guy who can say with pride that I’ve been in different parts of the comic book business for almost 35 years and I love that industry.

I began my professional life in high school as a comic shop owner turning “Chuck’s Comics” into a nine-store franchise, which I sold to a series of individual owners before I was done. I dabbled at writing comics and web comics but college followed and a few side quests into radio and boat racing took me away for a few years. Ultimately, the pull was too great and I came back to the world of sequential art with a website called Comic Related. It reported on the news of the comic book industry 12 to 16 times a day for a little over 11 years before it closed its doors. It was during the later years of that site that I chanced upon the opportunity to chase a dream. In 2012, I purchased, ran and grew my first comic book convention. This is the point that Derby City Comic Con entered my life.

Derby (as I casually refer to the show) was owned by a good friend of mine named Eric Banister. He created the show and saw it through its first few years. I stepped in when he was looking to move out of the industry. From there until 2015, I grew the show from a small one day event into a three day juggernaut that ultimate spanned 65,000 square feet of the Louisville International Convention Center, spawned a second convention called the Cavalcade of Comics and became a cornerstone of Louisville geek culture creating a solid fan base.

I explain all this, not to impress but rather to set the stage for my own knowledge on this topic as I thought it might be interesting to pull back the curtain a little and share a few things I learned while running a comic convention.

Running A Convention Can (And Should) Become A Full-Time Job

One of the most surprising things about running a comic con is the fact that for me it was a full-time job. Once I purchased Derby, I knew right away that I wanted to grow the event to become an anchor show for the region. I also knew, running the numbers, that it could be a show that could create a salary which I could live off and that gave me the room to pour my heart into it as a full-time job.

Running a convention really isn’t as easy as tossing out the tables and opening the doors. You have to consider managing staff, building the show floor itself, identifying and working with guests, courting vendors, designing your promotional strategy, creating iconic promo art and coordinating news coverage. Add to that building relationships with television, working with local charity groups, creating a registration system, tracking payments, answering a never-ending flood of questions and, sometimes, intertwining yourself in the personal lives of those individuals who make up your show’s exhibitors and you have a taste of the work involved. If you’re doing this right, your exhibitors concerns, conflicts and whether or not they make money becomes, in part, a weight that sits on your shoulders. It’s not an easy burden to carry but it is something that can be overlooked when a convention organizer simply says, “I did my part, it’s their fault if their stuff didn’t sell.” That burden of profit is shared both by the exhibitor and the show organizer.

I quickly learned that starting on the next year of your convention typically begins 48 hours after the doors close on the previous year and wrestling with all the aspects of the event, when done well, will suddenly begin filling each day of your life. I found myself banking my entire salary for the year on whether or not the public turned out for three days of fun. That level of stress cannot be understated when you have a family depending on you. Not for the weak of heart and, if you want to really make it grow, not something to take on as a side venture or hobby if you want to do it well.

Dealing With Guests Can Get Interesting

In my time owning the show, I broke up a fight between two vendors over a Barbie doll, was physically assaulted due to an argument over access to a smoking area, cleaned up blood (and other things I won’t mention) from the show floor, defended a young woman and her child from a recently released mental patient, learned what peace-binding a weapon means, weathered a fire emptying my event and had to consider the ways in which I could protect my guests from a culture ever increasingly concerned over terrorism. Those are just a few highlights and I consider my event pretty tame compared to many stories I’ve heard across the industry.

That said, I always felt like I was able to run off and join the circus through my career. Without qualification, I can say some of the best people I’ve known in this life came to me through the world of comic books and visiting other conventions. I’ve found friendships there that are unequaled. Through both the Comic Related years and my time with Derby, I was constantly on the road doing promotion at other conventions and events. There is just something unequaled in the bonds you make while touring the country with other people. The road family you make while setting up at events is really something that cannot be understated in terms of the worth of the entire experience. For me, the people I met along the way always made everything worth the price.

I Am Not A Risk Taker

Banking my entire year on one show may make you think otherwise, but I was very conservative in the way I ran shows. I’ve not yet done what I call a “celebrity petting zoo” kind of show. These are the comic conventions that lure in attendees with big name stars and charge high prices for autographs or photo opportunities. With these guests comes a lot of cost and headache. I decided I wanted to build a different kind of convention. For me, a comic convention was always what my dad and I went to when I was a little kid. It was all about the comics, toys and collectibles. The stars were the artists and writers and that’s a con legacy, which has begun to fade in our culture. Derby City was a convention with a goal of working to maintain that classic feel.

So how am I not a risk taker? I didn’t gamble on high priced guests. I gambled on the quality of the experience bringing people in the door and I had a $0 policy for each event I built. I paid for the event through table fees and sponsorship as I built the show. If I did my job right, I was carrying no debt when I opened those doors and welcomed the public. My profit came form the number of people who turned out. So far, a show has never let me down on that end of the game.

Make Sure Your Partner In Life Is On Board

There is a level of stress to running a show that builds as it approaches and can test any relationship’s strength. This may be your job, but they have to live with you while you do that job and sometime that is not easy. I was blessed with a wife who not only stood at my side as the doors opened but proved herself to ultimately be a bit better at running damage control than I ever hoped to be. When I became frazzled, she stepped in and carried the burden with me. As I look back, I realize how critical that partnership and her agreeing to be with me on that journey became.

Imagine that you are hosting a party at your home. You know that feeling you get when you’re concerned if you friends are going to come over and eat all this great food you prepared? Multiply that by 7 to 10 thousand guests and you have the level of stress your relationship must be ready to withstand. To say the least, my wife is my rock.

Running The Actual Event Is The Easiest Part

You would think that opening those doors, saying hello to the public and running the convention over the course of a weekend would be the moment when you are going to be your most frazzled. Certainly, there is that time of “setup” when you’re getting all your exhibitors into position which can be challenging. Invariably there are bumps in the road that cause you to juggle spots and there will be guests who simply don’t show up. That said, once you’ve managed those hurdles, running the event is actually a pretty peaceful experience. At that point, there’s really nothing more you can do other than listen to people, help them find things they are looking for, make them feel loved and deal with any brief moments of insanity that arise. The horse is literally out of the gate at this point and all you can do is watch the numbers and smile (even if you are nervous as hell inside). When it all comes together, this is the moment that you feel the rush that makes you want to do it all again the following year.

Sure there’s a lot more to tell and I may be back with more of those tales, but for this article I’ve said enough. Being a convention coordinator is an interesting career choice and not a job for everyone. That said, if it becomes your passion, it’s something that will probably never leave your life. So far, it hasn’t left mine. 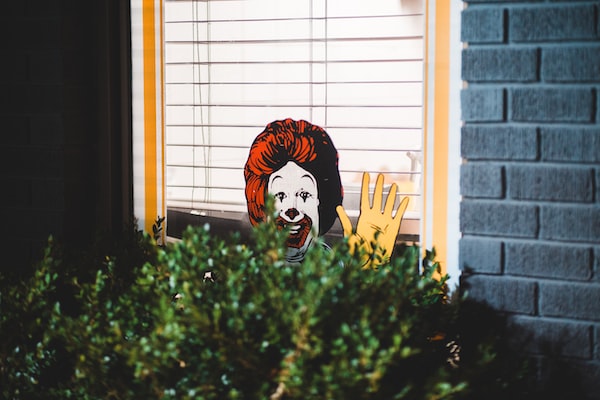 They are some of the most intriguing collectibles on the market and have engaged collectors since a very young age. Who would have thought that a simple family trip for 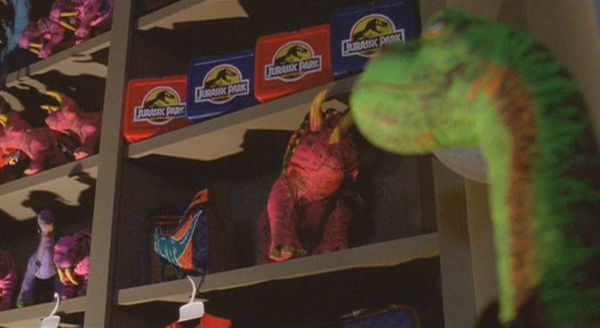 Jurassic Park is a bit of an anomaly among the pantheon of beloved blockbuster properties. It’s limited in a way that few others are. Michael Crichton crafted a world