As Star Wars: The Force Awakens prepares to hit theaters, it’s impossible to dodge the unprecedented merchandising campaign supporting the film. From beautiful action figures to strange collectibles to unexpected product placement, this franchise is everywhere. In fact, the waves of new toys and tie-ins show no signs of stopping and amid all the marketing, there’s an unexpected impact taking place. Star Wars is eating shelf space!

Films like The Peanuts Movie and established brands like Teenage Mutant Ninja Turtles are already feeling that bite. According to the Wall Street Journal, “Star Wars is causing a great disturbance in the toy aisles” as retailers are ordering, stocking, and reshaping their aisles to accommodate more product than most industry analysts expected. This has forced a reduction in earning estimates for Peanuts related sales as that film just can’t elbow its way onto shelves like it expected. That shelf space that is being increasingly given to Star Wars.

It’s tough times for other properties, but a booming time for Star Wars and Disney. The success of the Star Wars toy push is backed up by the numbers and estimates. Again quoting the Wall Street Journal…

“Star Wars” toys could generate $2 billion in sales in the last four months of 2015, according to Sean McGowan, an analyst at Oppenheimer & Co. That would help the toy industry log one of its best holiday seasons in more than a decade. Toy sales are up 8% through the first three quarters of the year, according to data tracker NPD Group Inc., after a 4% increase in 2014. This comes despite more muted projections about overall holiday spending.”

Star Wars isn’t just propping up the toy aisle. It’s raising the bar across the entire toy industry. From Force Friday through the continued release of video trailers and film imagery, the execution of this media and merchandising campaign has been impeccable and fans are opening their wallets in support of this collectible deluge. Makes me wonder if the unexpected impact of The Force Awakens will be the cause of a number of films pushing back their release to avoid the juggernaut that is Star Wars in future film years?

I don’t think any of us could have foreseen the movie that was raging down the highway toward us when we witnessed Mad Max return with Fury Road. It was just a few weeks shy of 30 years since the last film 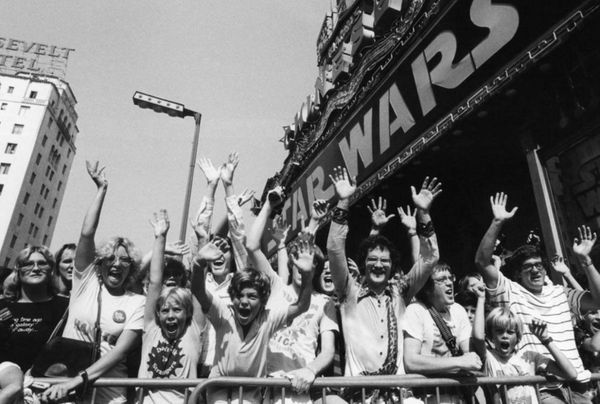 The movie Star Wars and I have a very intertwined relationship. As has been the case for so many fans over the years, it changed everything for me. That said,