In “The History Of Harley Quinn: 1992-2002” we saw Harley Quinn in her animated origins, her first comic book appearance, and her live-action debut. Now we will explore her time as a 1940s war hero, a Gotham gang leader, and a high school student, all leading up to her (sure to be) show-stopping performance in Suicide Squad!

Mattel introduced Barbie dolls based on the women of DC Comics including Harley Quinn, Poison Ivy, and Batgirl. Harley came in her standard jester outfit from Batman: The Animated Series.

Harley returned to animation in 2007 for the fourth season of The Batman. She was introduced as Harleen Quinzel, a “psychologist” with an online degree who hosts a TV show giving advice to viewers. Harleen brought Bruce Wayne onto her show in an attempt to make him talk about a previous relationship. Wayne left in anger, and Harleen’s show was cancelled. The Joker took her in and prompted her to release her rage throughout Gotham. She put on a jester costume to hide her identity and became Harley Quinn. This outfit differed a bit from her 1992 look, most notably in that Harley’s eyes were completely white and her hat was much bigger.

Though Harley Quinn had made several appearances in video games before, Arkham Asylum was the first major game in which she played a dominant role. Harley’s look in the game was the most dramatic costume change thus far. She wears blonde pigtails with a demented nurse outfit, this time with red and purple accents, rather than red and black. Arkham Asylum’s storyline has Harley Quinn take control of the asylum, letting The Joker escape.

As part of DC’s New 52, the fourth volume of Suicide Squad relaunched many characters, including Harley Quinn. While on a hunt for the missing Joker, Quinn is imprisoned at Belle Reve Penitentiary and recruited into Task Force X, or the Suicide Squad. Sent on suicidal missions with other inmates, this version of Harley is more violent than her previous iterations. She is a sociopathic, joyfully murderous fiend who eventually escapes Task Force X to continue looking for her love, The Joker. Harley’s look changed again, this time using a red and blue theme. Her costume was simplified to a corset, shorts, and tights, her pigtails matching her clothes. All of her skin is pale white caused by a “skin condition”, which is later revealed to be the result of The Joker pushing her into a chemical vat.

Harley Quinn’s next major role in a video game came in 2011. The Joker had fallen ill, and Harley took control of his gang. Her personality in this game is much more depraved and unpredictable, and she has the outfit to match. Her bra peaks out of a leather corset, while her eyes are smudged with black and a dog collar is tight around her neck. Harley’s appearance changes slightly in the game’s DLC, Harley Quinn’s Revenge. Mourning the death of The Joker, she has dyed her hair black and covered her face with a black veil.

Based on the designs of illustrator Ant Lucia, DC Collectibles released a series of statues beginning in 2013. The figures depict comic book superheroines in 1940s pinup girl style. The DC Bombshells were brought to the print world in 2014 with the release of 20 variant covers across multiple series, and again in 2015 with 20 more variants. In October 2015, DC launched an original series of Bombshells comics written by Marguerite Bennett. Taking place in an alternate reality, the series follows the heroes and they protect civilians during World War II. In this world, Harleen Quinzel is an Englishwoman working in London as a psychiatrist, who later goes to France to fight Nazis after becoming Harley Quinn. She is ready for battle in a bomber jacket, combat boots, and a utility belt. One Harley Quinn Bombshell variant cover recreated the famous V-J Day kiss with The Joker.

Ten years after the end of the first volume of her ongoing series, Harley returned with a new look and a new location. She moved to Coney Island after an Arkham Asylum patient left his apartment to her in his will. There, she joined a roller derby team which lent itself to her new look: red and black shorts, vest, and knee socks completed with roller skates. Her hair is halved in red and black pigtails and her eyes are ringed in black makeup until the last four issues of the volume. In these, her pigtails are blonde, one side dipped in red, one side dipped in blue, with matching eyeshadow lining her lids. In this storyline, Harley is easy-going and lovably maniacal, rescuing stray animals in her spare time.

The sequel to Batman: Arkham City has Harley allied with Scarecrow in a scheme to kill Batman. She found her way out of her mourning The Joker and proved herself skilled in leading a Gotham gang. Harley is even a playable character in some special missions. Her hair returned to blonde and she traded in the leather pants for a tutu.

DC Comics partnered with Mattel again in 2015 to launch a line of dolls and action figures featuring their female heroes marketed to younger girls. DC Super Hero Girls began as a web series, and now also includes an animated special on Cartoon Network, novels, and comic books. The story takes place at Super Hero High where young heroes are learning to use their skills. Harley Quinn is the acrobatic “class clown” who loves a good practical joke. Her classic look was recreated for the series with a black, white, and red checkered shirt paired with denim shorts over black and red tights.

Harley Quinn will make her silver screen debut in the upcoming Warner Bros. film Suicide Squad, much to the excitement of her fans. Though not much is known about her film character yet, it can be assessed from the trailers that she is adorably adept at annihilating enemies. Brief clips from hint that her transition from Harleen to Harley will be similar to that in “Suicide Squad Vol. 4 #7“, as she can be seen in a pool of green liquid with The Joker. She wears several costumes in the trailers including a silky bomber jacket, a Belle Reve uniform, and a sparkling checkered dress.

It may be an understatement to say that Harley Quinn is a dynamic and irreplaceable piece of the DC Comics puzzle. Let’s see how Harley compares to her past selves when Suicide Squad is released in US theaters on August 5!

Welcome to a trip through a visual wonderland of televised commercial nostalgia! Here we are focusing on 1982 and that first year of promotion presenting the initial commercials supporting G.I. Joe action figures. We’re serving them up in the order Hasbro 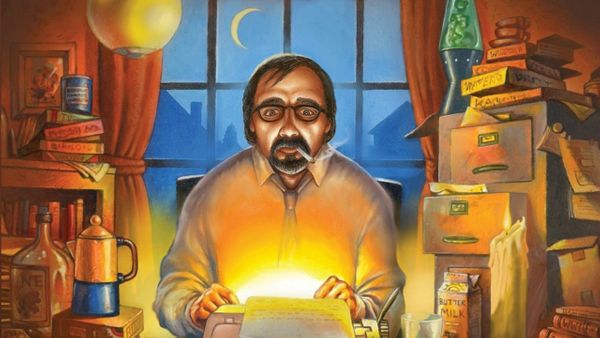 Ever once in awhile, you should make it a point in life to pen an article on a topic you are passionate about. Today, saying “Happy Birthday” to one of