We knew long ago that Star Wars: The Force Awakens would do well. The fact that it now has the title of the highest-grossing film of all time in the United States and Canada beating 2009’s Avatar makes a strong statement to what it has achieved. Given it has also claimed the title of the highest-grossing worldwide opening and it reached the much coveted $1 billion dollar mark faster than any other film in the history of cinema, there is little question that it should not be viewed as anything other than a complete success.

There is debate whether it will topple James Cameron’s Titanic and Avatar for the highest grossing film of all time, and that battle continues as tickets sell even today. As reported in Cinemablend though, performance of the film in Asia and Latin America may yet hamper it making a clean sweep of all the top honors. As of now, it shows no signs of stopping and given Disney announced earlier this week of a revised screen date for Episode VIII means this battle will only continue. Why? That new date puts Star Wars in a head-to-head battle with Avatar 2, debuting 10 days after Episode VIII. If you ask me, I wouldn’t want to have blue skin and a tail when these two meet up with fans, but that’s a showdown and a discussion for another day.

What is not in question is how well the toys and associated collectibles tied to The Force Awakens faired in 2015. We reported previously on the impact the franchise had on toy shelves leading into the holiday season. Now, per the NPD Group, Star Wars: The Force Awakens was “the number-one property” in the toy industry for 2015. They should know, given they do analysis in 20 countries, interview 12 million consumers a year, and monitor consumer purchase data from over 165,000 stores. By generating $700 million in sales, Star Wars toy and collectible sales totaled more than the movie franchises Jurassic World, Minions and Avengers combined!

Domination doesn’t feel like a strong enough word here. Star Wars utterly destroyed and continues to destroy all competition when it comes to toys and collectibles. Considering this whole phenomena really didn’t get rolling in earnest until September 4th, aka Force Friday, these numbers are even more staggering. Looking at this from an even broader perspective, you have to tip your hat further to the fact that toy sales in the United States rose 6.7 percent to $19.4 billion in 2015. The force was most certainly at work in the final 118 days of 2015 as The Force Awakens is now credited with pushing the usual November/December holiday buying season into September for the first time.

With Rogue One: A Star Wars Story debuting on December 16, 2016 and Episode VIII now hitting theaters on December 15, 2017, it is clear that Disney and Star Wars are simply going to own the Christmas shopping season for the foreseeable future. To tell you the truth, I’m okay with that.

Back in December we covered Mezco’s unveil of a new Spock action figure from the One:12 Collective that looked utterly logical. We wrapped up that reveal in some discussion of the show’s coming 50th anniversary to make sure you 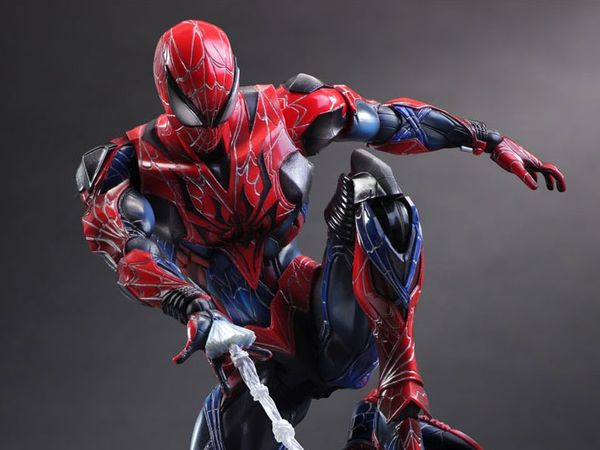 If the company Square Enix isn’t on your radar and you collect action figures, you are in for a treat, especially if you spend some time exploring their Play