During the mid 1980s action figures were starting to really capture the imagination of kids across the country. Companies like Kenner and Mattel were raking in cash selling boatloads of Star Wars and He-Man toys.

However, with competition in the toy world fiercer than ever, Kenner gained an edge by signing an exclusive deal with DC Comics. This meant they were the only company producing figures of Batman and Superman. This Kenner line sold like hotcakes increasing both their own, as well as DC’s, market share.

During this same time Marvel was fighting for market share and looking to compete with DC Comics on all fronts. This would mean producing their own line of action figures. But with the kings of action figures, Kenner, already producing DC, Marvel would need to find a different edge.

Conceived by then Marvel editor-in-chief Jim Shooter, Secret Wars was to be a new crossover event combining all of Marvel’s most heroic characters.  Shooter had this to say about Secret Wars:

“Kenner had licensed the DC Heroes. Mattel had He-Man, but wanted to hedge in case superheroes became the next big fad. They were interested in Marvel’s characters, but only if we staged a publishing event that would get a lot of attention, and they could build a theme around. Fans, especially young fans, often suggested to me “one big story with all the heroes and all the villains in it”, so I proposed that. It flew. Mattel thought that kids responded well to the word “secret”, so after a couple of working names bit the dust, we called the story “Marvel Super Heroes Secret Wars”.

The figures came in two series and, like all great 80s action figure lines, included several vehicles and playsets. The iconic nature of the Secret Wars line is hard to understate. The comic and toys sold well enough to warrant a comic sequel in the late 80s called, what else, Secret Wars II.

Today the Secret Wars legacy lives on. Just this past summer Marvel rebooted the Secret Wars banner with a new comic event, and companies like Gentle Giant are producing jumbo versions of these classic figures. It’s a testament to their staying power that this figures are still loved and talked about to this day. 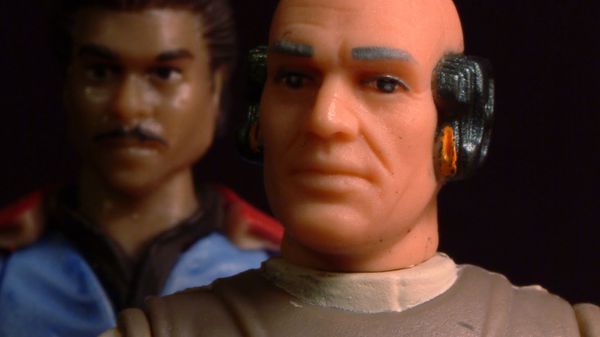 You may love Han Solo. You may be a Luke Skywalker kind of guy. You may even bow before Darth Vader in reverence, but it takes a special kind of

The question every Whovian can answer.