You may love Han Solo. You may be a Luke Skywalker kind of guy. You may even bow before Darth Vader in reverence, but it takes a special kind of fan to yearn for more Lobot in the Star Wars universe.

Cut to a room where a single, stout man dressed as a Gamorrean Guard addresses a group of costumed men and women and announces “Hello, is there anyone out there for whom this is their first meeting?” I stand and answer,  “Greetings everyone, my name is Chuck and I am a Lobot fan.”

Yes, he may only be a bit player in Star Wars just gracing the screen for a few scenes in Star Wars: Episode V The Empire Strikes Back but they were notable moments for me. It’s also true that our resident CompleteSet Star Wars expert, Gary Darna, accuses me of loving a “peg warmer” but I don’t care. I just smile every time I see that tight-lipped, hard drive driven, butler-like, a mastermind who managed to put on Geordi La Forge’s visor backward and make it cool (though technically I do realize that Lobot came first by seven years and Geordi is the official reverse visor copycat).

Lobot, for those unfamiliar, was the chief administrative aide to Baron Administrator Lando Calrissian on Cloud City over the planet Bespin. Part man and part computer, he is wired into the city’s central systems which allows him to talk to its network and serve as the Could City’s computer-liaison officer. This man was integral to keeping Bespin city moving and shaking and he certainly knew how to rock a fineweave sherculien-cloth shirt.

For such a minor character, he actually has a pretty strong (and long) backstory of which I’ll hit a few highlights here. You see, Lobot was the son of a slave who lost his father early in life, served on a slave ship, and was eventually dumped on Cloud City without much choice. It didn’t take him long to get arrested for stealing. His sentence (commuted down from a long imprisonment) was to work for the city in public service accepting cybernetic implants literally tying his brain to his job. Over time he would assist and befriend a gambler named Lando Calrissian as he rose to power and thus cemented his status. A punishment, in this case, evolved into a life of voluntary servitude as the tech altered his personality, degraded his vocal chords but increase if power, influence and reach.

Narratively, he forms the perfect sidekick for Lando. Where that character is loud, playful, and an almost gambling swashbuckler, Lobot is a silent backbone for their scheming partnership. He cleans up the messes that Lando leaves in his wake and helps follow through on the many schemes hatched by his partner. He’s almost a Teller to Lando’s Penn and I wouldn’t have it any other way.

That said, no matter how much you try and defend him, he was a peg warmer. When Gary mentioned it the concept was new to me, but I now know it refers to a retail product, especially a collectible, that has a very high supply and a very low demand. It takes its name from the fact that carded action figures hung (and in some places still hang) on wall pegs and these figures just collect dust. Lobot certainly was keeping those pegs very warm for other action figures when he was first issued in 1980 by Kenner. He was everywhere because no one was buying him. No one that is, except me.

It’s funny how certain things just hit you when you were little. I was never a Lando fan (he was just too untrustworthy and over-the-top), but that silent robot looking dude that hung in the background and seemed to have it all under control captivated my 11-year-old imagination. I was excited to get my hands on his action figure. In fact, his figure and Bossk were two admittedly quirky choices that held a spot of reverence on my desk as I wrote paper after paper in college.  From the moment I nabbed them from their pegs to today, I still treasure these two vintage Star Wars figures. I think a part of me liked Lobot even more because so many people didn’t. In a world overrun with Chewbacca, R2-D2, and Boba Fett fans, I had my own little piece of the Star Wars universe to love.

The actor who played Lobot in the film, John Hollis, turned up in The Dirty Dozen, The Avengers (tv series), Doctor Who (classic tv series), Superman, Superman II, and Superman IV: The Quest For Peace, among other film and television series before his death in 2005. Sadly, we won’t see him reprising the role in the upcoming Star Wars film, but that doesn’t mean the character’s story has gone dormant. You don’t have to look any further than Marvel Comics’ recent, and quite magnificent, Lando comic book series penned by Charles Soule to see a version of Lobot that is key to the entire, now-cannon, story. It’s one wrong scheme after another for Lando and it’s Lobot’s ultimate sacrifice to save his friend that really brings out the heart in that story. You’ll get a high recommendation from me for that fun read.

Peg warmer or not, I’m proud to be a Lobot fan, and I’m not ashamed to say that he deserves more credit than ridicule in my eye. I mean, he’s part of Star Wars! How wrong can a character get? 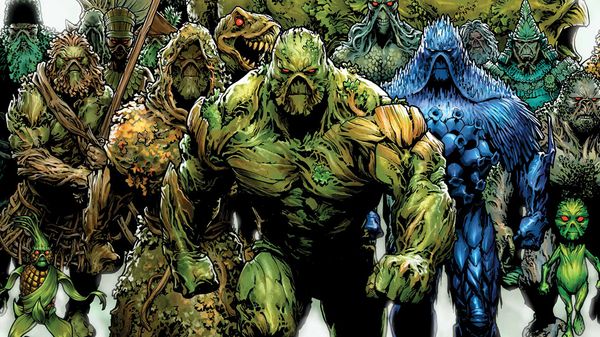 During the mid 1980s action figures were starting to really capture the imagination of kids across the country. Companies like Kenner and Mattel were raking in cash selling boatloads of Star Wars and He-Man toys. However, with competition in the toy world fiercer than