If the phrase “be excellent to each other and party on dudes” brings back memories, you are in the right place. Do not consult Rufus, do not pass Death and do not look for Bill & Ted in the circuits of history just yet. Simply keep reading and brace yourself for a most triumphant tabletop game. You see, history is about to be rewritten (once again) by two guys who can’t spell and this time fans of the Bill & Ted franchise are coming along for the ride thanks to Steve Jackson Games.

Let’s start with the basics!

This “most excellent and righteous” new game pulls from the much loved Bill & Ted films including Excellent Adventure (1989) and Bugus Journey (1991). These two are considered cult classics and unquestionably launched the film career of Keanu Reeves who plays Ted. Lesser known parts of the franchise include the animated series (13 episodes on CBS in 1990), the short lived live action television series (7 episodes on Fox in 1992), the numerous video game based adventures and the recently successful comic book series. There hasn’t been any word from the board game designers if this content made it into the upcoming game, but there is still a lot of story to mine from the original films in any event. Personally, one of my favorite things about Bill & Ted was the Kenner action figures but that’s a story for another article.

Given the continued talk (as recent as March 2015 by Reeves) of a third film, there’s a lot to love about this story and the upcoming game feels destined to have an audience. Here’s the early description from the company…

“You are in danger of flunking most-heinously tomorrow! Travel across the circuits of history with up to four players, collecting personages of historical significance in order to pass tomorrow’s oral report. But beware! Every time you snatch someone, the phone booth breaks most non-triumphantly, and your adventure through time will take a most serious turn! Be excellent to each other . . . and PARTY ON, DUDES!

Featuring 60 cards, 36 tokens, 6 standees, one game board, and a rule sheet Bill & Ted’s Excellent Boardgame is in production at this time and is expected to retail for $24.95.

Currently, everyone is enjoying, evaluating and dissecting every aspect of the The Force Awakens.One of the superstar toy products to come out of the film was theBB-8 App-Enabled Droid [https://www.completeset.com/toys/electronic-toys/bb-8-app-enabled-droid/12zvo] from Sphero. It was so popular 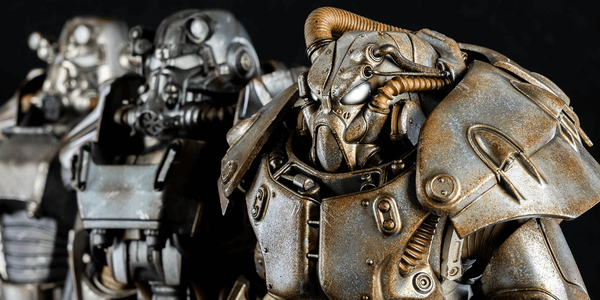