There have been a lot of great FunKo Mystery Mini sets released over the past few years, and some of my favorites are the superhero themed sets. Mystery Minis are blind box vinyl toys featuring small figurines wrapped inside uniform packaging to keep their identities secret until they are opened. The reason I enjoy purchasing the FunKo Mystery Mini figures is in the name, it’s for the mystery. The tension of finding out if you nabbed a figure of your favorite character or bought a rare figure brings a sense of adrenaline to your purchase.

Even though there have been some great superhero related sets produced by FunKo, there are still a few heroes that I hope will be added in a future (or in some cases should have been added to the original set).

Barbara Gordon is debatably one of the most popular DC Comics female heroes, and plays a role as Oracle in the Batman Arkham games. It was just recently announced within the DC Comics August 2016 solicits that Batgirl and Oracle will be receiving action figures based on the game.

I am surprised that Barbara didn’t get any form of figure in the Mystery Mini: Batman Arkham Games set. Especially as this game also included a Batgirl DLC episode called Batgirl: A Matter of Family. Now, I am happy that this set doesn’t have a lack of female characters as it does include Catwoman, Harley Quinn, and Poison Ivy. I hope if FunKo makes another Batman Arkham related set, we will see Barbara Gordon represented in some form.

While doing research for this article, I was very surprised that Scarlet Witch wasn’t included in the recent Captain America: Civil War FunKo Mystery Mini set. I understand the exclusion of Spider-Man, which I will address with my next step down this list, but we all knew Scarlet Witch was going to be in this film as she was already introduced into the Avengers universe.

So why leave her out? In my opinion, she was one of the coolest characters from the film. Scarlet Witch has more screen time than characters like Crossbones and Hawkeye, yet they received their own representation in this set. I hope the next film where she’s featured nabs her a place in that FunKo Mystery Mini set.

I told you I would talk about him. It’s easy to see why Spider-Man was one of the breakout stars from Captain America: Civil War. Now, I understand the inclusion of this character could have been a spoiler for the film, but you can’t really call it a spoiler if you show the character in one of your trailers.

FunKo released a DC Comics Mystery Mini set in 2014, before the new Supergirl television show debuted. This collection included Powergirl, but it is my hope that if this set ever makes a second series it will include Supergirl. Supergirl has always been a popular character in the DC universe and Superman family. With the added exposure television brings I think people will be searching for more of this character and her merchandise.

That DC Comics Mystery Mini set I mentioned above was released a few months before the Reverse Flash’s appearance on The Flash television show. The Reverse Flash did appear in that set. I think his inclusion is mostly due to the hype the character was getting within the series.

If FunKo does make a second DC Comics Mystery Mini set, I hope we get to see an appearance made by Zoom. Especially with his increased significance as the main villain for The Flash season 2.

5. Guardians of the Galaxy – Dancing Groot

I am sure dancing Groot wasn’t included in the Guardians of the Galaxy mini set for fear of spoilers. But honestly, what’s cuter than a regular FunKo dancing Groot?  A mini version of a dancing Groot, of course!

I have a feeling we probably won’t see a second series of minis dedicated to first Guardians film, but let’s hope dancing Groot finds his way into the second Guardians of the Galaxy movie (and associated mini set). Until then we’ll just have to wait and let our collectible love for Groot grow from the pot plant to the next film.

Today, Kamala Khan is one of Marvel’s most loved heroes. The Marvel Mystery Mini set, released in 2014, debuted just a few months before Kamala’s first appearance in her own series. She had a very small cameo in Captain Marvel before that, but I hope, if a second series of this set is released, it will include one of our most beloved modern day heroes.

Spider-Gwen is another hero that has been receiving a lot of buzz since her debut in the 2014 Spider-Man comic book story arc Spider-Verse. The first Marvel set did feature Spider-Man, so count me as a fan holding out hope that a second set will have room for Spider-Gwen. Also, it would be interesting to see what style they would use for the character. Hopefully something that also integrates her drumming skills!

I was surprised to not see Green Arrow in the DC collection. Arrow had already premiered and the character was starting to get more steam with mainstream audiences. Oliver Queen was already quite popular with comic book fans. A Green Arrow could even add some interesting props with the figure including his quiver and bow. A clear miss.

Another hero I felt should have been included in the original DC Comics Mystery Mini set was the Black Canary. She is much loved in the DC universe and one of the longer running female characters (having debuted back in 1947). Like Green Arrow, this is another hero who has become popular with mainstream television audiences thanks to the television series Arrow. They could do some interesting poses with her canary cry.

These are just a few of the heroes I would really like to see in upcoming FunKo Mystery Mini sets. Whether you add them to an order set or work them into future plans, I felt they deserved the recognition and invite you to share which heroes you would like to see included in upcoming sets. Who knows, FunKo might just be listening! 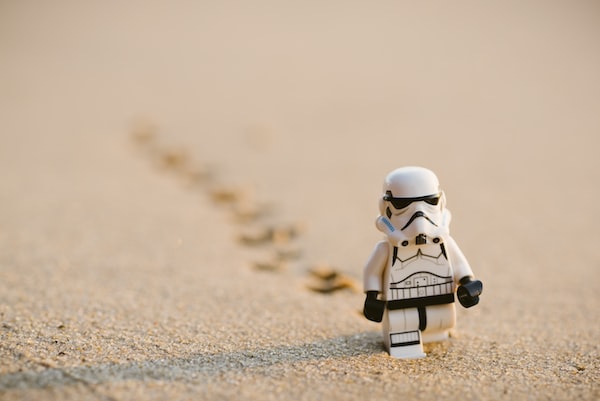 These days, if there’s a pop culture phenomenon you can think of, chances are there’s a LEGO set based on it. I wouldn’t be surprised if a

For fans and collectors of the long-running British science fiction franchise, Doctor Who [https://www.completeset.com/archives/doctor-who] merchandise has a long history and a diverse range of products, from books to games, from Dalekmania in the 60s to Big Finish audios in