With the theatrical release of Suicide Squad edging closer, Warner Bros. is keeping the excitement high. Part of the appeal of the film based on DC Comics villains is the mystery of the squad. For the most part, these are characters who have never been seen on the big screen, let alone as the focus of the film.

Last week, Warner Bros. released promo spots for the film, each one highlighting a Suicide Squad member. Harley Quinn is introduced as a “total wild card”; an unpredictable bad-ass blonde ready to take on the world with a baseball bat.

As a remake of the 1963 song “You Don’t Own Me” plays, Harley remains sweet and sincere while kicking butt. An obvious show-stealer, Harley Quinn has been beloved in the DC Universe since her inception 24 years ago. Before discussing Harley’s arrival and various iterations, let’s look at who she was before taking on her alter ego.

Harley Quinn’s origin was first acknowledged in the 1994 graphic novel Batman Adventures: Mad Love when Harley recounts how she met The Joker. Harleen Frances Quinzel, M.D. was interning at Arkham Asylum when she became fascinated with a particularly maniacal inmate. The Joker fed Dr. Quinzel lies about his past to garner sympathy, and she eventually fell in love with him. Harleen helped her patient escape Arkham many times until The Joker returned once more after a violent encounter with Batman. Driven mad by the sight of his injuries, Dr. Harleen traded in her lab coat for a jester costume and became Harley Quinn, sidekick to The Joker. Originally only using her wits and gymnastics skills to fight, she attained superpowers after befriending fellow villain Poison Ivy. Ivy gave Harley an antitoxin that infused her with super strength and immunity to toxins, as well as increased agility.

An alternate origin was introduced in 2012 with DC’s New 52. “Suicide Squad Vol. 4 #7 – The Hunt For Harley Quinn: Conclusion” revealed that Dr. Quinzel did not choose her madness. Harley recalls that The Joker took her to the Ace Chemical Processing Plant where he was “born” and told her that she could be fixed there. Realizing his intentions, Harleen tried to escape as The Joker tossed her into a vat of chemicals below. After draining the vat, he found a changed woman. He called the girl with bleached skin and two-toned hair Harley, and told her nothing was real and she could do whatever she pleased. Harley Quinn happily pulled The Joker into the vat and kissed him.

As popular as Harley Quinn is, it may be hard to believe she was originally created to fill a brief role on Fox’s Batman: The Animated Series in 1992. The show’s producers, Paul Dini and Bruce Timm, conceived Harley Quinn as a female henchman to The Joker, only to be seen in one episode. Quinn was influenced by Dini’s friend Arleen Sorkin, former star of Days of Our Lives. Sorkin had played a court jester in a dream sequence on the soap opera, inspiring Paul Dini to dress his new character in a black and red diamond-patterned jumpsuit, her name a play on the word “harlequin.” Arleen Sorkin voiced Harley Quinn in the series, and other animated series and video games to come. Since her first appearance, Harley has been depicted with a heavy Brooklyn accent, and often refers to The Joker as Mistah J or Puddin’.

Harley Quinn’s comic book debut came in 1993 as she battled Barbara Gordon’s Batgirl alongside Poison Ivy. Though depicted on the cover in her outfit from the animated series, Harley’s in-page costume had a few variations. Her mask was red and her jester hat featured black and red balls, rather than white. This story and Mad Love from 1994 are part of the DC Animated Universe’s continuity.

As part of the “No Man’s Land” crossover event, the Batman: Harley Quinn series is Harley’s first canonical appearance. The saga begins with Poison Ivy discovering a crashed rocket in Robinson Park, a badly injured woman dressed as a clown inside. Ivy took the woman to her hideout where Harley explained who she is and how she came to be in the park. Ivy learned that The Joker had sent Harley Quinn away in the rocket because he could not stand his loving feelings for her. Asking her to exact revenge on Batman and Joker, Poison Ivy gave Harley the potion that would grant her superpowers. Harley and Ivy remain close friends in future comics, and even begin a romantic relationship.

The clown princess became the star of her very own ongoing series, Harley Quinn Vol. 1, in December 2000. This volume was created by Karl Kesel, Terry Dodson, and Rachel Dodson, and ran from 2000-2004. The story follows Harley for 38 issues, highlighting her on-again-off-again relationship with The Joker, her friendship with Poison Ivy and Catwoman, flashbacks to her college years, a trip to Metropolis, and more. All the covers feature Harley in her classic jester costume with the exception of three: #9, #31, and #32.

The live-action series on The WB took place in New Gotham, years after Batman had left. The show followed Helena Kyle (the daughter of Batman and Catwoman) as the Huntress, and her friends Barbara Gordon and Dinah Lance. Mia Sara played Dr. Harleen Quinzel, a psychiatrist Helena was forced to visit. Unbeknownst to the Birds of Prey, Harley Quinn was back in Gotham to exact her revenge for “Mr. J”, and all the trouble the girls faced was concocted by Harley herself. Helena and Dr. Quinzel’s therapy sessions played a large part in the series from the pilot episode to the finale in 2003. In one episode, Harley wore a red sweater with black diamond cutouts reminiscent of her jester costume.

Harley Quinn’s tale is as extensive as it is interesting. Check out the second half of this story, “The History Of Harley Quinn: 2005-2016“! 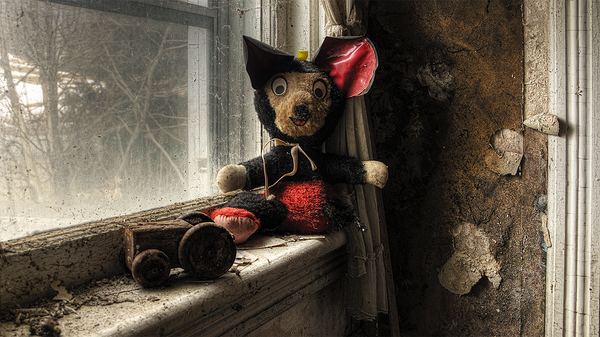 If you grew up a “Disney kid” then you know what kind of emotion the films, parks and entire Walt Disney experience can elicit. It’s a warm feeling filled

Premiering on Cartoon Network in 2008, Star Wars: The Clone Wars was an animated series set during the three year span of time between the Star Wars prequel films Attack of the Clones and Revenge of the Sith. It built upon the story started