In the past couple of years DC Comics has been rapidly taking over television. Featuring comic book focused shows like Gotham, Legends of Tomorrow, The Flash, Arrow, and Supergirl it’s a great time to be a comic fan. If you’re also a collector, you are in even better shape as these shows are simultaneously generating a mix of interesting collectibles. Presenting a quick show-by-show rundown, we’re here to serve up some examples of what awaits you when you go shopping for DC TV!

Arrow really started the current wave of DC Comics television. The show premiered on The CW back in October of 2012 and has been returning with a new season each year around that same time. With a growing cast, it’s all leading up to a very promising fifth season debuting in the fall. Specifically, look for the show to return on October 5th, 2016.

Over those five seasons, Arrow has introduced some great heroes and villains including Malcolm Merlyn, Overwatch (Felicity), Speedy (Thea), Black Canary, Spartan (Diggle), and Green Arrow (Oliver) himself. With this many great characters, you know the collectibles are certain to follow.

The Speedy (aka Thea Queen) FunKo Pop! figure will be coming out this month. Thea has been a main character on the show since season one and we’ve watched as she’s evolved into a hero alongside her brother Oliver. This will be her first collectible and FunKo is releasing two versions of this figure; one with her bow and another with her sword, both of which match up well with her established arsenal from the show.

This Black Canary (aka Laurel Lance) action figure is from Arrow season three. It includes alternate hands including her batons, which made quite an impact during that season. I love the detail the action figure provides as it even shows the buckles and small design details from Laurel’s Black Canary costume. Side note, you can dig into even more Black Canary goodness by visiting “From the DCU to The CW: Black Canary’s Five Fabulous Fashions” right here at CompleteSet Stories.

DC Collectibles has two Arrow statues. This duo includes Oliver’s costumes from season one and season two. For this article I am showcasing the season two statue depicted above. Fans of the show already know that Oliver’s costume changes almost every season. This series of statues, sculpted by Gentle Giant Studios and presented by DC Collectibles, offers a great perspective through which you can see the differences each costume provides. This statue has some solid detail and I like that it includes Oliver’s mask. Here his hood is put down so you can see the statue’s amazing resemblance to actor Stephen Amell.

Felicity Smoak was originally planned to be a one-note character on Arrow, but she quickly evolved into a fan favorite. During her rise, she was promoted to main character status on the show and this pop figure represents her in business clothing with her big framed glasses serving as the clear focus.

Framed as a bit of a prequel to the modern Batman mythos, Gotham debuted on FOX in 2014. Set just after Bruce Wayne’s parents are killed, the show follows Jim Gordon as he goes up against Gotham’s worst villains. Along the way he finds his path to morality while working within the GCPD and guides Bruce Wayne as he evolves, season after season, to the man who will one day take on the night as Batman.

Fish Mooney was created as an original character for the Gotham television show and she’s made her presence known. She was a force in the early days and has recently returned to the show expanding her reach (and power set) before the season’s finale. Here, it’s great to see an original character get her own merchandise. My favorite aspect of the figure is how it nails the detail of Fish Mooney’s hair so well.

It’s interesting to see multiple DC Comics television shows have police badges available as collectibles. That said, I think the Gotham City police badge is a must own item. A big part of the show is focused on its police force and here, if you own the badge, you truly own a piece of the show.

Oswald Cobblepot is debatably the most popular character to emerge from the cast of Gotham. His machinations have been layered into the broader story throughout the series and there really hasn’t been a season where he did not play a defining role in the story. It’s only fitting that he’s honored in Pop! form and I particularly like the inclusion of his umbrella and the nice detail of his hairstyle.

Supergirl premiered on CBS in 2015 and was a standalone show for much of its first season. To the excitement of many fans, upon renewal for season two the show made the move to The CW formally joining the broader Arrow-Verse of shows whose heroes regularly crossover into each other’s stories. The Arrow-Verse includes a mix of shows produced by Greg Berlanti featuring Arrow, The Flash, DC’s Legends of Tomorrow and now Supergirl!

This upcoming statue from DC Collectibles showcases Supergirl’s season one costume and depicts her emblem on the bottom platform stand. The emblem also pops very well on her costume. Framed at roughly 12.5″ tall this is a beautiful representation of the character.

Adventures of Supergirl #1
Released by DC Comics in May 2016

Rock Candy Supergirl Collectible
Released by FunKo in May 2016

This figure appeared in DC Comics Legion of Collectors DC TV box. I like that this figure is a bit more cartoony compared to the other Supergirl television collectibles. It gives variety while still allowing the figure to have a lot of detail. It almost shows every stitch of the costume!

DC’s Legends of Tomorrow is a spinoff series that grew from the characters originally presented in two series; The Flash and Arrow. The first season premiered on The CW in 2016 and was greeted warmly by fans. Featuring a team including both misfit heroes and redemptive villains, they are a group who are now traveling through time to become legends.

The Atom Pin
Released by DC Collectibles in 2016

The Atom pin was included in the DC Comics Legion of Collectors DC TV box. I was pleased to find this pin as there honestly aren’t many Legends of Tomorrow collectibles out there yet. I was glad to see the show included in this mystery box and the Atom was a perfect choice to represent the team.

Legends of Tomorrow #1
Released by DC Comics in March 2016

This comic book takes the namesake of the television show, but sadly is not in continuity with the show. The only character from the Legends of Tomorrow who appears in the comic is Firestorm. There is hope that it will come in line with the series more as it progresses and stories change, but for now it’s an oversized thrill ride through some very fun B-list-at-best heroes.

Captain Cold established himself on The Flash but he has quickly become a fan favorite following his regular spot on DC’s Legends of Tomorrow. This figure may not actually be from the Legends of Tomorrow show, but the costume is almost exactly the same as he is portrayed on the spin-off. Catch him with his parka up or off (aka unmasked). Whatever you like best, this Pop! represents him well.

The Flash
The CW Television Network

Barry Allen first appeared on Arrow but it proved more a new series launching point for The Flash than a traditional spin-off. Moving over to his own series on The CW in 2014, the Flash follows Allen as the fastest man alive. Here, the stories and universe jumping has accelerated to keep pace with the series namesake lead character.

Most of the statues from the DC Comics TV shows feature their main characters. Here, it is really refreshing to see a statue that features a season one main villain instead. Reverse Flash wrecked havoc within the series. Now when you run him down for your collection, he can terrorize your bookshelf or display cabinet just as easily!

Zoom was the main villain for season two of The Flash. After the popularity of Reverse Flash, it’s only fitting that Zoom received his own merchandise. I really like the detail represented in this almost all black figure. They get the look just right and this Pop! proves just as menacing as the character was on the show.

I just previously discussed the Reverse Flash statue above, but The Flash statue released almost a year earlier is also a must have. This statue is from season one and it features the red emblem instead of the white emblem seen in season two. His logo is also placed on the bottom platform. Side-by-side with Reverse Flash, this would be a spectacular display duo.

At last year’s San Diego Comic Con there was an exclusive unmasked Barry Allen FunKo Pop! I always like unmasked figures because you get the best of both worlds. It’s half Barry Allen and half Flash. It this case it’s also totally collectible!

These are just a few the best DC Comics TV Series collectibles but they deserved recognition. They represent the “must have” starter set if you are a DC TV fan. Hope this helps guide a few of your future purchases! 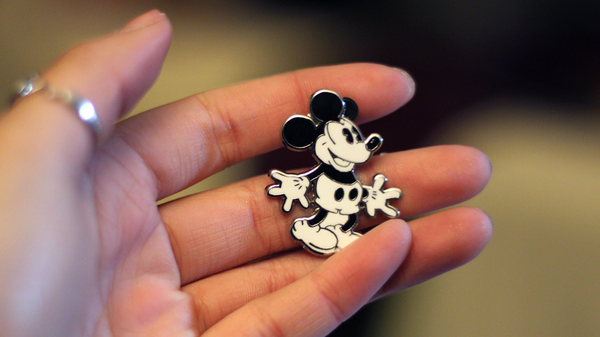 Every so often an emotional itch will develop somewhere deep in my collector soul and I find myself unexpectedly starting a new collection of some sort. It’s just the

We’re living in a strange time. The media landscape is more complex and unpredictable than it’s ever been. We’ve seen the rise of the cinematic universe and the fall of the movie star. The music industry has all but disintegrated under