Sometimes, when you really love a franchise or group of characters, it’s important to settle in and get to know the edges of that fandom, digging a little deeper, catching more of the in-references and expand your overall experience. Doctor Who has been and remains immensely popular. If you are a fan who just can’t get enough (but doesn’t necessarily want to dig into the vintage series) what are you to do now that we have word that Who won’t be back until Spring 2017? I would encourage you to try a seriously interesting spin-off series called Torchwood.

Torchwood is cannon to the Doctor Who universe. Heck, it’s so cannon the very name itself is an anagram for the words Doctor Who. The story of the Torchwood Institute, Captain Jack Harkness, and his team began within the first series (starring the 9th Doctor, Christopher Eccleston) of the modern show’s run. Torchwood, as a standalone series, saw four seasons (from 2006 to 2011), moved from BBC3 to BBC2 to BBC1, (due to popularity) and proved unusually edgy, targeting an adult audience over the all ages approach of the main series. Initially marketed toward the BBC America fanbase, it followed the adventures of Captain Jack and his team as they hunted aliens and dealt with topics like existentialism, homosexuality, bisexuality, and human corruptibility. The series spawned its own lines of action figures, a Pop! or two, and quite a few collectibles marking a solid effort toward evolving its own fan base apart, yet still within, the main Doctor Who universe.

Seen that “Bad Wolf” logo scattered across the Who fandom? Captain Jack’s origins and immortality is a direct result of this period of Who lore. I would even go so far as to argue that Captain Jack is the Face of Boe but that’s getting into the finer points of these stories and we’re here to get you interested, not lose ourselves in pedantic speculation (though it is fun.)

Personally, I’ll claim an allegiance and a love for Torchwood. I was there from episode one, hung on every airing of the first and second season, witnessed the culmination of the series (in my opinion) with Children of Earth, and watched the narrative demise that was Miracle Day (which aired on Starz, co-produced with the BBC.) There was talk of a fifth season, but it never came together.

Captain Jack Harkness was always a driving force for me in the series. As a lead hero, he broke sexual norms, proved full of joy for life, but maintained a depth of character that was both engaging and often flat out interesting. With him at the helm, the twists and unexpected turns this series took were a joy to watch. It quickly became television I not only sought out, but considered destination TV anytime a new episode aired. It was one of those rare series that seemed to challenge expectations and kept me guessing where it would head next. I’ll even go so far as to commit the ultimate sacrilege and share the fact that, when faced with a new Dr. Who in the cue at the same time as a new Torchwood, Captain Jack and Gwen tended to end up watched first in my home. That’s saying a lot (and its not just because I got to spend some time chatting with the lead actor, John Barrowman, about all manner of geekdom back in 2009.)

It’s widely regarded that Children of Earth was the peak for this series. If you haven’t seen it, you need to take the time to watch it. Presented as a five day mini-series that replaced series/season 3 for the show it had a higher budget than the prior episodes, and that would help, but in truth it was the writing that set this story apart.

The miniseries takes place in somewhat real time over five days as an alien race, known as the 456, attempt to invade and threaten the human race for the sole purpose of taking the children of earth. This story was one part Torchwood, one part unwinnable moral dilemma and, by the end, an all-hands-on-deck emotional ride for the viewer. Within these five days, we’re faced with the emotional rush of a good, fast paced action drama mixed with the unquestionable sadness of unexpected heartbreak and the eerie feeling that an end of the world dilemma could, in many ways, breakdown society and its moral code in a very short order. With that in mind, you have a heck of a Torchwood event.

In my eye, Torchwood has never been better than it was in these five episodes. Here each of the characters were humanized through the introduction of family in ways that made perfect sense within the ongoing story. That said, each situation was a bit unique to that character. I felt depth within the story that isn’t always present for the series. Along the way, some especially adult themes were explored. I’m not talking “sexy” adult, as much as morally grey, intellectually interesting storytelling. At many points, the viewer is left wondering how they would handle these situations. In this series, everyone has their own personal flaws and the story doesn’t hide those weaknesses, but rather builds on them in some appreciably relatable ways.

As society came apart, so did the team in many ways. It’s a deconstruction that was fascinating to watch and ranks up there with Battlestar Galactica, Buffy the Vampire Slayer, Breaking Bad, and the Walking Dead as some of the most enjoyable television I’ve sampled in a long while. I did not want this mini to end and ABSOLUTELY wanted to know what came next for these characters. Simply put, this was great television and as a series that caught US appeal for both Doctor Who fans and non-fans alike, I advise giving Torchwood a try if you missed it. I feel you won’t be disappointed and it will hold you over until the main Who series returns.

Also, Captain Jack and the Face Of Boe… Same guy! I stand by it. 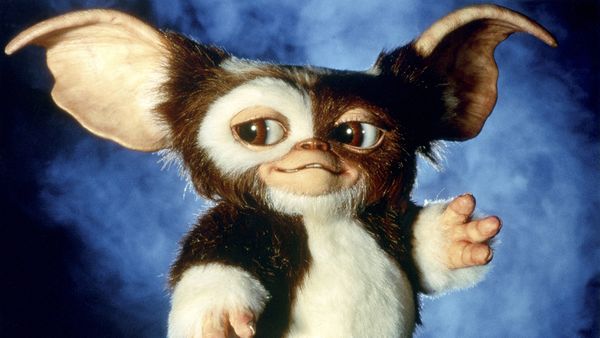 Everyone knows not to feed your Gremlins after midnight, but did you know these other fun facts about the 1980s classic movie?

It’s rare for a brand or group of characters to become a toy craze and take a country by storm. The fact that Trolls have done it twice before in the United States means there is something interesting afoot here. In the