Love to pile on the Sriracha sauce when dining out? This hot chili sauce made from a paste of chili peppers, distilled vinegar, garlic, sugar, and salt is actually named after the coastal city of Si Racha. Many believe it was first produced in the Chonburi Province of eastern Thailand to be served at local seafood restaurants.

So why the culinary geography lesson? Kidrobot thinks this sauce is so stylish, they’ve decided to celebrate it with a Dunny. The designer Sket One is also involved and we’re here to give you the details…

Sket One is a Los Angeles based visual artist with an old school urban background. Uniting pop culture reference, strong color, and bold type, Sket One has created an impressive portfolio of work.

The 3″ Sketracha Dunny is available now on Kidrobot.com for $14.99 each.

Now for a better look at both the full and clear versions of the blind box designs!

Sket One is quite the food container connoisseur and you can catch more of his creations at sket-one.com. Hailing from New Haven Connecticut, Sket started his artistic life as a graffiti artist in the 90s. He created and ran Unitee Clothing, a shirt design company and eventually took over as Creative Director for the Silverman Group. Best know for his toys, he jump started his branding after landing in the first series of Dunny blind-boxed mini-figures in 2004 from Kidrobot. Sket One has designed figures for vinyl companies including Kidrobot, Red Magic, Kaching Brands, Solid Industries, and 3D Retro.

In 2001, Johnny Earle started a food themed clothing brand that got people talking. Johnny Cupcakes t-shirts poked fun at pop culture by replacing known references with cupcakes. At first selling t-shirts out of the trunk of a beat up ’89 Toyota Camry, 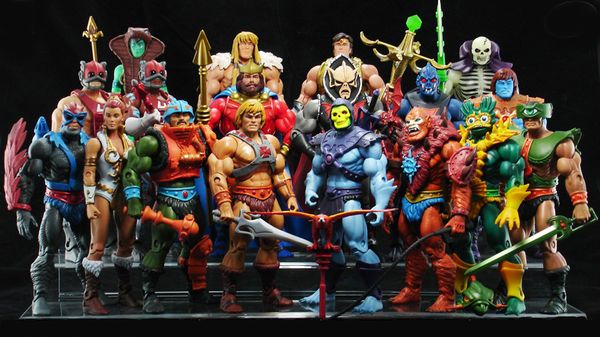 Are you the kind of person who couldn’t put down those Masters of the Universe toys growing up and find yourself still collecting the action figures today? More importantly,