After eight years of serving up freshly baked t-shirts and other assorted treats, Johnny Cupcakes Los Angeles is closing the oven door on Saturday, April 30. The brand’s second store closure in a year, the news came as a shock to many Johnny Cupcakes customers. With the lease coming to an end, the brand’s Head Baker decided it was time to bring it back to basics. In a candid post in the JCAddict Facebook Group, Founder and CEO Johnny Earle elaborated on the reasons for the closure. “Although my heart is filled with rad memories, it makes more sense to put our effort toward a ton of traveling shops rather permanent shops outside my reach. As someone who loves keeping it personal, you lose some of that touch with having a permanent shop across the way. With less time and resources we can achieve greater focus and greater outcomes while reaching new customers. It’s like if a musician deciding to play one venue every day forever, or touring around the world at their convenience.” he wrote on January 9, 2016.

When Johnny Cupcakes LA opened its doors on August 2, 2008, the event looked more like a Hollywood movie premiere than the grand opening of a clothing store. Hundreds of fans from around the country lined up, some camping on the sidewalk for days, for a chance to be among the first to see Johnny Cupcakes’ latest bakery-themed shop. Even Travie McCoy of Gym Class Heroes was there! Whether you were in line for the grand opening event or just visited at some point in the past eight years, walking into this place felt magical.

Located on Melrose Avenue in the heart of West Hollywood, Johnny Cupcakes’ west coast bakery lived up to the hype. With the help of art fabrication firm Carlson & Company, the brand’s imaginative founder Johnny Earle created one of the most memorable retail experiences ever constructed. Some of the shop’s many wacky features included giant 10′ tall oven doors leading into the stock room, a faux stovetop with flickering burners where customers pay for their ‘baked goods’, and fake frosting pouring out of pipes from above.

Undoubtedly, the most impressive piece of decor was the great wall of ovens, which inspired a t-shirt of its own in 2012. Designed to resemble 1950s and 60s kitchen appliances, the 36 ovens opened and closed at random intervals to shoot steam into the air. The attention to detail didn’t stop there, either. Just like a real oven, the knobs turned as if a ghost was cooking up something strange in the neighborhood. These details, along with the unique personalities of the shop’s Bakery Staff, made it a shopping destination unlike any other.

The shop’s design, construction, and opening were well documented. In a series of five webisodes directed by Dan Dobi, Johnny shared what it took to create this unique retail presence. From the original blueprints to the over the top grand opening event, thousands of man-hours (and a significant amount of money) was invested into the unordinary bakery at 7959 Melrose Avenue. When the store finally opened on a hot summer day, Johnny arrived in a wooden crate delivered by a vintage pickup truck to the cheers of hundreds of elated fans. You have to see the video to believe it.

Like the brand’s other shops, Johnny Cupcakes LA frequently offered exclusives. These exclusives were products you couldn’t buy online, making them some of the most sought-after Johnny Cupcakes collectibles. Part of the brand’s appeal has always been its exclusivity and the sense of community it fosters among customers. Living in Ohio, it would have been impossible for me purchase any of the Los Angeles exclusives if it wasn’t for the help of fellow collectors. Friendly West Coast Cupcakers like Josh Saphier‎ and Scotty King were nice enough to offer pickups for collectors like me who lived in others states or countries. Over the years, the shop hosted hundreds of special events. From the annual There’s Something In The Cupcake Mix release to Johnny’s nationwide Suitcase Tour in 2010, it wasn’t uncommon to see a long line of customers stretched down the block and around the corner. These events were always highly anticipated, with hype building for days or weeks in advance as collectors scrambled to organize a pickup for whatever irresistible treats Johnny Cupcakes would reveal. Of the shop’s many exclusives, the most wanted by far is the Big Kid Beetlejuice t-shirt from 2012’s Coffin Tour.

While it’s sad to see the shop permanently close its doors, the change makes sense. For a company that prides itself on the personal touch it adds to every shopping experience, it’s difficult to maintain that over time and distance. Thanks to Johnny’s infectious positivity, the brand’s departure from Melrose Avenue feels more like a celebration than a closure. To commemorate the past eight years of California baking, Johnny unveiled “The Last Batch” of nine exclusive t-shirts and a limited edition poster exclusive to the Johnny Cupcakes LA shop. The closure of Johnny Cupcakes LA marks a turning point for the brand. After years of experiments and expansion, Johnny Earle is truly bringing his company “back to basics”. The renewed focus on pop-up shops means Johnny will get to do what he does best – connect with his customers. As a role model to thousands of young entrepreneurs around the world, his ability to make such a difficult decision about the brand’s future in retail is an important lesson for anyone who aspires to start a business of their own – focusing on what matters most.

Have something to add to this story? Share your memories with us! If you love Johnny Cupcakes, travel back in time with the CompleteSet archive of every Johnny Cupcakes t-shirt, hoodie, and accessory ever made.

Since Star Wars [https://www.completeset.com/starwars/collectibles] really set the stage for it in 1977, toys and collectibles have become an important part of the marketing and longevity of film. In most cases, the movie comes out and then the collectibles are 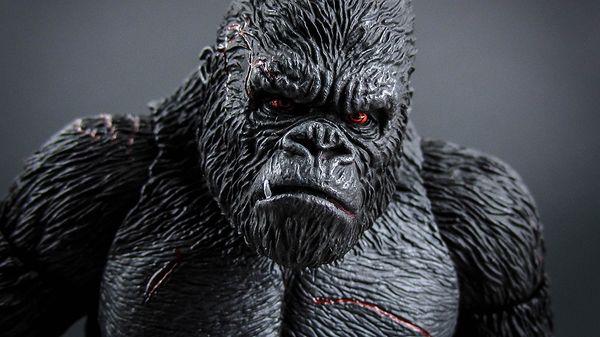 Very few characters in movie history have had the longevity of King Kong [https://www.completeset.com/kingkong/collectibles]. In less than a dozen films, a few animated offerings and